Be confounded by "The Kid Detective"

If you held a gun to my head and made me pick a favorite genre of movie, I'd say horror, but if I got to pick another one, I'd say the genre of Lowered Expectations. The best example I can give is "The Royal Tenenbaums," where everyone is talented and brilliant in their own ways but is too sad or broken to be anything other than a big batch of wasted potential. Getting to watch characters rediscover their worth is a beautiful thing to me.

I've been hearing about this new movie called "The Kid Detective" that sounded like it fit the bill perfectly, so I went down to my friendly neighborhood Blockbuster and rented it. Holy hell, everyone, this one checked all my weirdly specific movie boxes. It's sad and funny and exciting and dark all at the same time, while having a legit mystery at its center that can be figured out by intrepid viewers who are amateur sleuths themselves. 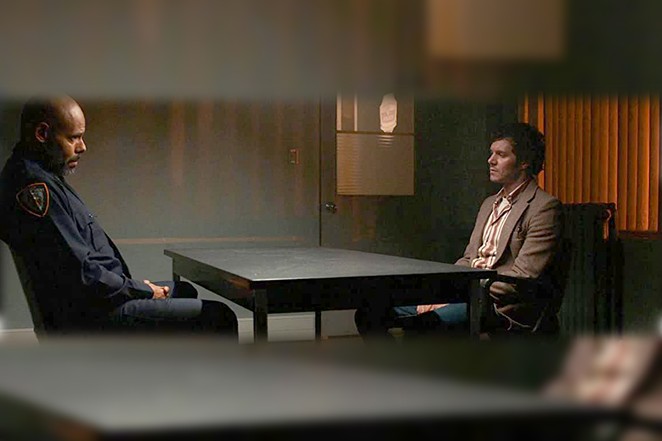 When Abe Applebaum was 12 years old, he became the talk of the town when he discovered who stole the school fundraiser money. Over the next few years, he was given a key to the city from the mayor, was gifted his own detective office and solved dozens of crimes ranging from "who stole the time capsule" to "why is there blood on my dad's car?" But when they're both 14, Abe's secretary and friend Gracie Gulliver is kidnapped, and he's never able to solve the crime.

Now Abe is 31 and he's a hard-luck drunk who abuses prescription drugs and doesn't solve crimes any more difficult than finding the Widow Gulliver's missing cat. He's never really recovered from not finding Gracie. When a local high school girl hires him to find out who murdered her boyfriend by stabbing him 17 times, Abe finally has an opportunity to live up to his past as a child prodigy and to finally become the detective he knows he can be.

Adam Brody ("The O.C." and "The Last Blockbuster") gives such a heartbreaking and razor-sharp performance as Abe that even when he's at his most unlikable, we're still ultimately rooting for him to get his s*&@ together. He carries the movie effortlessly and proves he should be carrying even bigger movies in the future.

Writer/director Evan Morgan has crafted something really special with "The Kid Detective." It's an idiosyncratic neo-noir crime thriller with shades of "Chinatown" and "Kiss Me Deadly," while simultaneously being a quirky and deadpan comedy that feels like Wes Anderson without the whimsy. The twists and turns of the story are incredibly dark and upsetting, but all in service of telling a story unlike any I've ever seen before. If you're in the mood for something truly different, you'll find it with "The Kid Detective."

The Kid Detective
Dir. Evan Morgan
Grade: A-
Available on VOD or at Blockbuster

Related I Made it a Blockbuster Night: "The Last Blockbuster" finally has its premiere