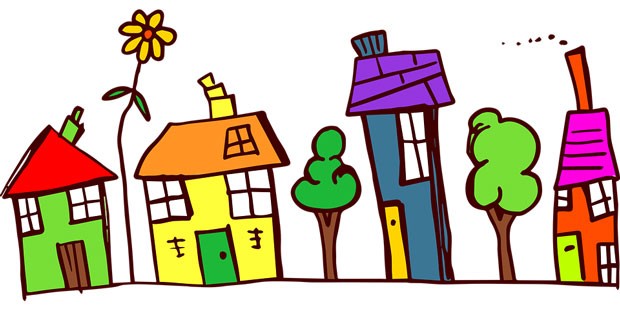 The City Council has read the amended Code, 1.20.100—Neighborhood Leadership Alliance—had a unanimous roll call vote yes on April 18—and will appoint NLA representatives at its July 18 meeting. After the July meeting, the next steps will be the formal formation of the NLA, creation of bylaws, then short and long-range planning, according to the April 18 NART project update.

Anne Aurand, the City's communications director, said when the City created a community relations manager position about five years ago, a portion of that position's time was meant to be spent supporting and encouraging more involvement in neighborhood associations. Funding went from $38,000 to $45,000 for the 13 associations, and over the past four to five years, the City has helped revive a number of associations that had gotten very quiet.

According to the City Council's issue summary, dated May 2, one objective of the 2017 to 2019 Council Goals is to modernize and professionalize how City government operates by increasing the capacity of the neighborhood association system. The NLA, according to the City's issue summary, would be made up of committee members proposed by the Neighborhood Association Board, appointed by the mayor and approved by the City Council.


"Every year the City invites all the neighborhood associations [to speak at a Council meeting]. All of the neighborhoods give their individual inputs to the City and we seldom hear anything back." —Dave Johnson tweet this

The City's Comprehensive Plan has a specific section on citizen involvement. Policy 1-15 states, "The City shall continue to use advisory committees in their planning process, members of which are selected by an open process, and who are widely representative of the community."

In drafting this code, City staff and NART said they're aware of the existing role of the Planning Commission as the citizen involvement committee to the Council on land use plans and issues within the urban growth boundary. The intent of the new committee, the issue summary said, "is not to supplant this important role, but to supplement citizen involvement through a leadership alliance of the neighborhood associations."

Joshua Romero, the City's community relations manager, said one big advantage of the formation of the NLA is giving the City an opportunity to look at issues that impact Bend residents at a city-wide level, and getting more input from locals about city government.

"So I see a really huge opportunity there, in terms of folks getting really involved at their most local sort of neighborhood community level and getting involved with their associations so that their neighborhood associations really understand what the needs of the community are," Romero said. "So then that can carry with them to the NLA and advocate for what those needs are."

Dave Johnson, vice chair of the Old Farm District Neighborhood Association and a member of the NART Committee, said one of the goals of the NLA is to give residents a bigger voice—more than just the three minutes to speak in front of Council.

"One of the things that comes up is any citizen can go to the City Council meeting and stand up and present. But what can you do in three minutes?" Johnson said. "Again, the Council is not obligated in any way to respond to these people, but if you're part of an advisory committee, you have a charter, and we will be taking direction and action items from the City Council."

Johnson said City Manager Eric King told the NART that the formation of the NLA was the "ideal place to help us prioritize things."

"Every year the City invites all the neighborhood associations [to speak at a Council meeting]. All of the neighborhoods give their individual inputs to the City and we seldom hear anything back," Johnson said.

"This way, as an advisory committee, we will have a seat at the table when the planning and budgeting is done. And we'll have more than our three minutes as individual citizens, so I think it's the best of all worlds."

In April, The Bulletin editorialized against the formation of the NLA, saying among other things, listening to the committee could become like an echo chamber.

Johnson said he was disappointed with that opinion and said he thought it should have been better researched.

"Well, if they had gone back and looked at [Bend Code] 1.20, the mayor appoints every member of every committee and the City Council approves every member of every committee," Johnson said. "So essentially, they're saying that if we're going to be an echo chamber, then the Planning Commission, the CTAC [Citywide Transportation Committee], the Septic to Sewer, the Arts Commission are just echo chambers, and I just thought that was very unfortunate that it wasn't better researched."