Bendite Stephanie Von Aydan has spent the majority of her time in theaters onstage, and not behind the scenes. That changed recently, when Cascades Theatrical Company granted her the opportunity to run a full-length show that she both penned and directed. Von Aydan first conceptualized the bare bones of what has since transformed into a full-length play, called "Evanescent," several years back.

"I started writing short stories," Von Aydan explained. "One of the stories was made into a 10-minute play that was featured in Cascades 10. "Evanescent" is an extension of that story, but it's been adapted to fit modern times and modern issues." Cascades 10 is a festival put on at CTC, featuring a series of 10-minute plays by playwrights in Oregon and Washington. 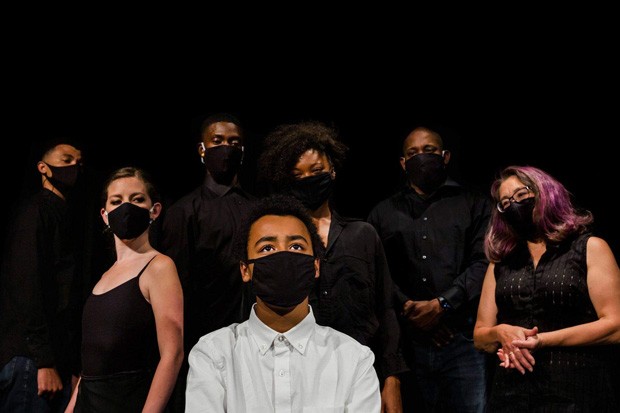 A person of color herself, Von Aydan wanted to give others a platform, while opening up a conversation on another topic that is near and dear to her heart. "This story, particularly, was important to me because it openly discusses mental health in a way people haven't seen done before. My hope is that it gives people a whole new perspective on how those with mental health issues live their day-to-day lives. This show isn't just entertainment; it's an experience, and until people see it they won't be able to fully understand the premise of the story. Living with mental health issues myself, I felt it was important to write something that put people through a journey; a journey during which they could see how difficult, heartbreaking, frustrating, emotional and crazy living with mental illness can be."

Addressing mental illness was just one piece of the revolutionary puzzle. "When I cast this show, I wanted to bring in new talent and new faces to the theater community," she said. "I reached out to the people that I wanted to work with, artists that live here locally that had never been put on a stage before, which just so happened to be a diverse group of people. I wanted to embrace the BIPOC artists in our community and put them center stage. It's rare when I see a show and my son turns to me and says, 'Hey, that character kind of looks like me.' I wanted to create a whole show cast with people who look like us. Which, unfortunately, isn't all that common in a city like Bend."

“We have so many BIPOC in this community who are so inspiring and influential and truly fulfilling to know, and I really wanted to give them a space where they could be who they are and live true to their art while being appreciated in the way that I have been coming into this theater community.” —Stephanie Von Aydan tweet this

Cast member David "Dale Blackheart" Leach, new to theater, explained the importance of being a part of an original play that featured a BIPOC cast.

"I had never full-out done theater before, and Stephanie told me she wanted me to audition, so I did," he said. "She saw me for the part of Elijah, Evan's father. He serves as a guiding light to Evan through the darkness that he's in. Their relationship is intense. Even in death, he's still upholding his obligation to be a father. It's been a pleasure to do something so original for my first true theater piece, and it hits a soft spot because I can relate to the relationship Evan and his father have, based on my relationship with my mother."

Nearly all the cast members are new to theater, Von Aydan said—with the exception of an ensemble player, and the lead, played by local middle schooler Lee Miller.

"We have so many BIPOC in this community who are so inspiring and influential and truly fulfilling to know, and I really wanted to give them a space where they could be who they are and live true to their art while being appreciated in the way that I have been coming into this theater community."