May 09, 2020
comment
Last year we covered Elisha David's album "Made in Oregon," which was one of the coolest projects I listened to in 2019. Now David is back with another new project, "Un Nouvel Adieu," and the Bend-based artist is stepping into new territory once again.

The album title translates over to "A New Farewell" and is a 12-song project filled with passionate moments of musicality. It plays out like the soundtrack to a summer time fairy tale or a modern take on one of your favorite bedtime stories. "Un Nouvel Adieu" is a well-executed, new-age twist on classical music. 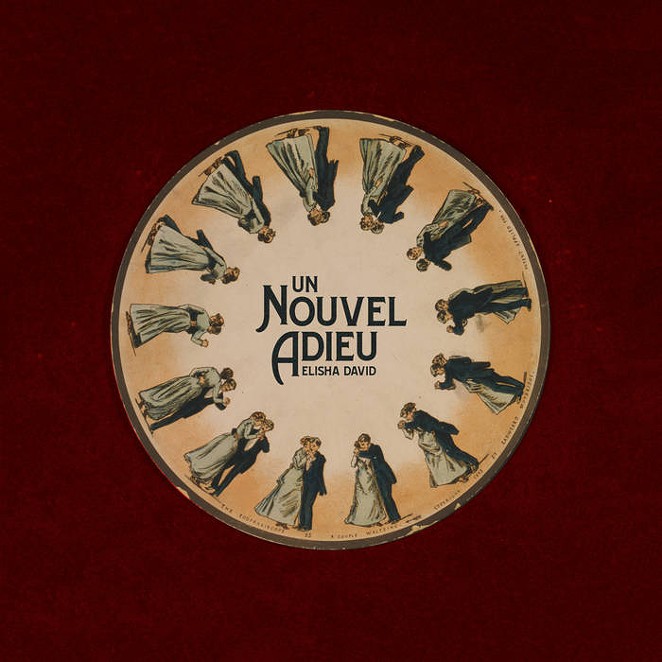 David actually recorded "Un Nouvel Adieu" with the help of four Central Oregon Symphony members. Each musician's skills and instruments shine bright on the album, adding new layers of texture to each song. This means there's a lot of depth to unpack, but things never sound cluttered. It's like everything is in the right place when you turn the corner from song to song.

In its entirety the project sounds like you're winding up the world's most intricate and beautiful music box. Imagine vivid displays: from a couple ballroom dancing to a ship sailing through the sky. "Un Nouvel Adieu" takes us to a simpler time of magic—like you're a kid all over again.

Here's a short Q&A with David who gave us a little more insight into the album:

Source Weekly: So the whole album to me kind of feels like this fairy tale or grand story. Is there a story or idea you had in mind when recording these songs?

Elisha David: Yes! I really had my mind set on a sort of fairy tale set to music. I’ve had people describe my music as dreamy, but “grand” seems to really fit what I was going for this time around. One day I found an entry in an old dream journal with “Un Nouvel Adieu” written on a single page. I don’t remember having the dream, but the title stuck with me and I thought it fit this new batch of songs perfectly. I imagined it as a turn of the century fairy tale, and seemed to draw inspiration from that time period specifically.

SW: You worked with some CO Symphony members on this one. Who was on the album and what instruments did they play? What was it like to work with them?

ED: It felt great to work with people in the community, it made the project feel bigger than just myself. I worked with Joshua Evans (cello), Leslie Knight (viola), Stefanie Janin (flute), and Leah Naftalin (violin). I’m always a bit intimidated having musicians come in that are much better than I am, but at the end of the day it forces me to be confident in the music, because if I’m not completely on board with the process surely no one else will be. I feel lucky that people who have dedicated their lives to an instrument are willing to come in and record on something significantly smaller in scale to what they're doing with the symphony.

SW: I love how you seem to dive into new themes and sounds in your music from project to project. For you, what were the new areas you wanted to work on or try out while making the album?

ED: 19th and 20th century French fiction kept finding its way into what I was reading. The illustrations, the vernacular, something about it grabs my attention. This album in particular stems from the Belle Époque era of art at the turn of the 20th century. Almost every title references a piece of art or movement from that period—the unveiling of the Eiffel Tower in 1889, a Monét painting, automaton machinery—even the album artwork is taken from an 1893 Zoöpraxiscope. It felt like setting the music in that era gave it a new life, something like historical fiction.

SW: Do you have plans to create any visuals to accompany the music? It'd be cool to see a whole story play out with the music behind it.

ED: That’s the dream! I’d love to have this music used in movies, or to write specifically for them. I think it would fit really well with stop motion animation, something in the same vein as "Coraline" or "Fantastic Mr. Fox," those seem to have a childlike whimsy but are still rooted in adult themes, which I hope are characteristics of the album. I had an idea to write a novella (something like "The Little Prince"), with the music following what is concurrently being read. Maybe in my next project I can make that happen…

Listen to "Un  Nouvel Adieu" below and purchase it on Bandcamp.