A New Place to Call Home

October 22, 2018
comment
The high costs of land and construction labor are some of the factors making housing so expensive in Central Oregon and elsewhere. But recently, Deschutes County stepped in to help.

The County just donated 1.85 acres to Habitat for Humanity in La Pine, soon be home to 19 multifamily townhomes—a new type of home for the organization. 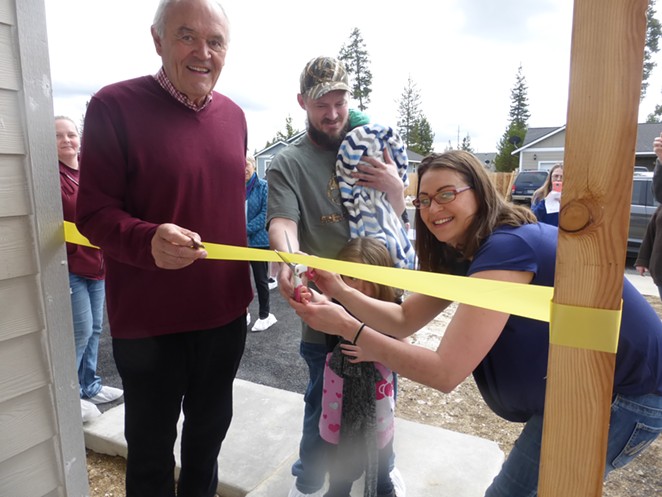 "We had been working with city of La Pine to find a location for a multifamily housing unit, and the purpose of that is basically to keep our costs as low as possible so that we can serve more families in the lower income categories," said Dwane Krumme, executive director of Habitat for Humanity of La Pine-Sunriver. "And it all started there about two and a half years ago. And the city manager at the time for the city of La Pine told us that the Deschutes County did have land within the city limits and that we should talk to the county."

That meeting with the Deschutes County commissioners led to the donation, and after years of planning, the title to the land was officially transferred Oct. 3.

Deschutes County Commissioner Phil Henderson said Deschutes County owns "quite a bit of land" inside the city limits of La Pine, "and so we helped them with what their proposal was and gave them a lot of feedback. Since I've been here we've been working with them.

"They've been doing individual homes in some of the different subdivisions down there, where they bought lots in the past," he added. "But this by being a land donation makes it more affordable.” 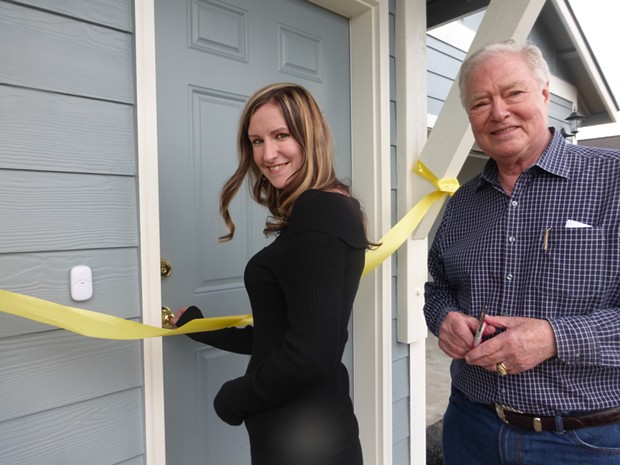 While multifamily housing is new for local Habitat for Humanity groups, it’s becoming more of the norm in larger cities like Portland. According to Krumme, "It's becoming the trend because construction and land costs continue to rise, and then that's harmful to our efforts to serve the lower-income households." He added that the Bend Habitat for Humanity has built a few multifamily units in the last few years.

"Multi-family construction accounts for about 6 percent of Habitat for Humanity’s construction in the U.S.," she said, "and has for the last several years."

The first three townhomes in La Pine are expected to be built in 2019, with six units finished in 2020. To apply, a potential homeowner can go to the Habitat for Humanity website and fill out the housing qualification form, or pick one up at the Newberry Habitat ReStore in La Pine. To be approved, homeowners must qualify for a first mortgage — which will pay back Habitat for its investment, including land and construction costs. Homeowners must also take home ownership and budgeting classes, as well as providing volunteer hours helping build their own home.

Because there will be little or no land costs for the 19 units, the cost of the homes will be even less for the homeowners. In an area where affordable housing is scarce, a donation could make all the difference for a family.

"Really, all the citizens of Deschutes County are contributing to this, but it really breeds strong feelings of ownership. It's a good model for affordable housing really for people," said Henderson. "To have something that comes in at lower price point for people is really just huge for promoting home ownership, which gives people a real sense of satisfaction and fulfillment in terms of participating in the buying of their house."