A New Principal for Summit High

New principal will take the reins after this school year 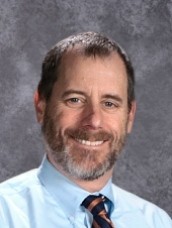 Summit's current principal, Alice De Wittie, announced in October that she would be leaving the district at the end of the current school year. According to media reports, at least one parent complained to the district after De Wittie wrote an email including references to structuring our public education system around God's "basic design for how people and systems work in relationship," among other references to a religious mission within the public education system. Summit has had three principals since 2001, with McDonald being the fourth.

McDonald has been involved in education in Oregon for more than 25 years, and has served as assistant principal at Summit since 2004.

“I think of the dedicated staff at Summit High School as a resource of wisdom, experience and guidance. They are experts in their respective disciplines and duties and incredibly dedicated to serving the needs of students,” McDonald stated in a press release from BLPS. “Our parents and students are also key contributors to our success and offer a unique lens into high school life. I plan to continue building on the strong collaborative foundation we currently enjoy and to learn more about their vision for the future.”