A New Representative for Bend | The Source Weekly - Bend, Oregon

A New Representative for Bend

The pomp and circumstance of the 80th Oregon Legislature began Monday with both the Senate and the House convening to swear in members-elect for each chamber, and then convening a joint session for the inauguration of Gov. Kate Brown.

Central Oregon has two new legislators in the Oregon House beginning this legislative session. Cheri Helt, who replaces Knute Buehler, is now state representative for Oregon House District 54, which covers the majority of the City of Bend. I recently had an opportunity to talk with her about her thoughts, goals and expectations as she enters the Legislature, and as a Republican, her thoughts on being a member of a "super minority." 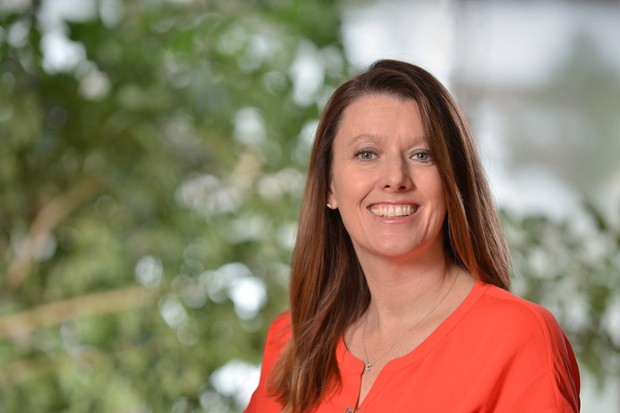 Helt's enthusiasm as she moves into this position is quite apparent. She says her goal is to develop a good working relationship on both sides of the aisle, and to do as much bi-partisan work as possible. Her aim is to continue to be an independent-minded representative for Bend.

Various party and legislative meetings and trainings happened throughout December and January. Helt said she's held community meetings as well, with an objective to gather as much information possible.

"If you're doing the job right and working hard, at the end of the day, your brain hurts," Helt said. "I keep a journal to get it out of my head."

She told me she's also met with those in state government who are in areas of interest to her, such as the State Director of the Mental Health Division. Helt also had what she characterized as a "good meeting" with the Oregon Speaker of the House, Tina Kotek (D-Portland).

Helt says she's excited about her prospective committee assignments. She's Vice-Chair of the House Committee on Education. She'll also serve on the House Committee on Human Services and Housing, where she will serve with fellow Republican and freshman, Rep. Jack Zika of House District 53, representing parts of Bend as well as Sunriver and Redmond. Helt will also serve on the Joint Committee on Student Success with Central Oregon veteran legislator, Sen. Tim Knopp (R-Bend).

Helt said the assignments fit in well with her priorities, which include education, foster care, mental health, safe schools, gun storage safety, affordable housing and child care. Her legislative concepts include how best to increase the number of foster families in the state; increasing the child care stipend for foster families; ways to deal with the child care shortage, including ways to incentivize the building of more facilities as well as employee retention; addressing issues to improve K-12 education; and improving aspects of the mental health system, especially with regard to education and collaboration between the two systems.

Helt has already signed on to several pieces of legislation with other legislators, including a bill to fully fund the Court Appointed Special Advocates program, as well as legislation to assess search and rescue services. She's joined with Sen. Knopp to fund the Quality Education Model—never achieved in the more than two decades the assessments have been presented to the Legislature. She's also joined with Rep. Margaret Doherty (D-Tigard), Chair of the House Education Committee, on a bill giving students an option in taking ACT and SAT tests.

When asked about the hot-button issue of the Public Employees Retirement System, Helt said her goal is to provide relief to entities including school districts, counties and cities. She said she's in a "listening mode" right now, looking for suggestions and solutions to make the system sustainable and to reduce the pressure on public bodies.

Leaving the school board?

One issue that could be a challenge: Helt's intent to continue serving on the Bend-La Pine Schools board. Helt said after eight years on the board and all the controversies and issues it has faced—including three boundary changes—she's accustomed to dealing with pressure and working to make things happen for the people she represents.

For now, Legislative Organization Days continue through Jan. 17, when both chambers will formally organize, when pre-session filed bills will be introduced and read, and when committee memberships will be formally announced. Both Houses will then adjourn and reconvene Jan. 22, when the 80th Oregon Legislature will formally commence the 2019 Legislative Session Days.

Judy Stiegler served as an Oregon House representative in House District 54 from 2009 to 2011.

Amid the longest government shutdown in U.S. history, some local businesses and organizations are offering meals and services to furloughed federal government workers.

The Source has compiled a list of those local resources. Check out the living document in the news section of bendsource.com.