A New Way to Stay Cool

To cut down on plastic consumption, a bid for a new piece of equipment at Central Oregon Locavore 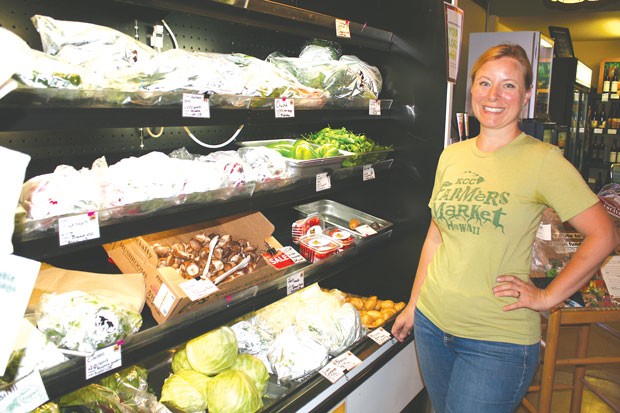 When contemplating ways to cut down on the consumption of plastic, cutting out straws, take-out containers and grocery store bags may be some of the first things to come to mind. Another big one—though not often in the mind of the average consumer—is to cut out the bags used to transport produce or bulk items from store to home.

That very scenario is the reason behind the current fundraising campaign at Central Oregon Locavore. The nonprofit marketplace is raising funds to buy a new misting produce cooler to replace "Bartholomew," a cooler donated by Expressway in 2013. While the current cooler still functions, it doesn't have a misting feature—one that would help staff and volunteers avoid putting produce in plastic bags, says Nicolle Timm Branch, Locavore's founder.

In the dry high desert climate, the current system of placing produce in plastic helps the goods stay fresh. A mister would do the same thing, without the use of "hundreds" of plastic bags each week, estimates Timm Branch.

Locavore is about a third of the way toward its fundraising goal of $12,000, raising about $3,500 since the effort began May 4. Once they've replaced the cooler, they'll encourage people to bring in their own mesh bags for produce—much like what customers currently do for other bulk items.

Efforts to cut down on the consumption of single-use plastic are popping up around the region. Seattle's ban on plastic straws and utensils in bars and restaurants went into effect July 1. In Bend, activists launched the "Un-Bag Bend" initiative earlier this year, with a City Council work session forthcoming to consider the issue.

Timm Branch sees the effort at Locavore as one more piece of the overall effort.

"I think it's a huge piece of the conversation," Timm Branch said. "You go to any grocery store you know there's just rolls of plastic bags that we use once and throw away."