A Park for Mary Jane | The Leaflet | Bend | The Source Weekly - Bend, Oregon

A Park for Mary Jane

...but not that kind of Mary Jane

Tucked away on the corner of NW Lava Road and Georgia Avenue in downtown Bend is a park that's something of an anomaly in the city. It's privately owned, managed by its next-door neighbor and named after a longtime Bendite. But when Mary Jane's Park was given its name around 2006, in honor of Bend local, Mary Jane Newton, its founders from the Old Bend Neighborhood Association might not have imagined the type of attention the park would get in the age of legal weed. Newton, who lived for many years across the street from the park, on Kansas Avenue, passed away in 2018 at age 99. 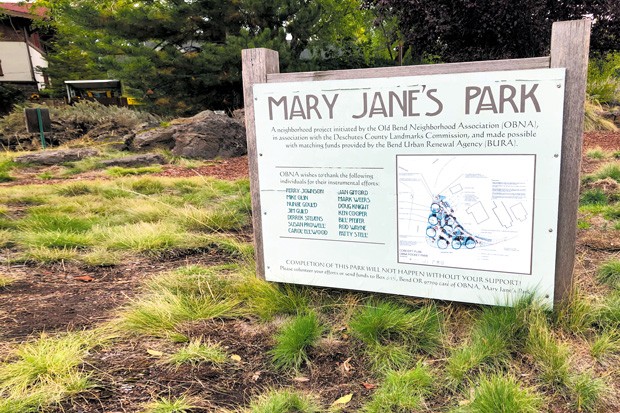 The term 'Mary Jane' is lumped among other such old-school marijuana monikers—ganja, cheeba, grass among them. The connection between pot nicknames and the given name of a Bend local is a funny, coincidental collision—but for the caretaker of Mary Jane's Park, it's meant dealing with stolen park signs, and also a fairly regular rotation of smokers, lighting up doobs in the park.

Meredith Dawson tells me she's been the primary caretaker of the park for the past 10 years—a job that includes planting—and replanting—its native grasses, maintaining the raised garden beds, encouraging good behavior in the park, and of course, recounting its ups and downs to the occasional reporter.

"When you have a sign that has 'Mary Jane' on it, it becomes of great interest. It's what I call being punked," Dawson said.

"Two signs were taken after I moved in. One of them was along the hedge line, and it was kind of an instruction of the park," Dawson explained. "It lasted about 10 days."

As a general guideline, Dawson encourages people to enjoy the park; to use it as a place for relaxation and repose, and to respect that it's private property where things like puffing in public (which is illegal, according to state law), drawing pot leaves on the sign—or even stealing anything that might say "Mary Jane" isn't the type of attention they're going for.

We might all be able to enjoy the Mary Jane these days—but when it comes to Mary Jane's Park, let's all remember to save some enjoyment for the next person, shall we? 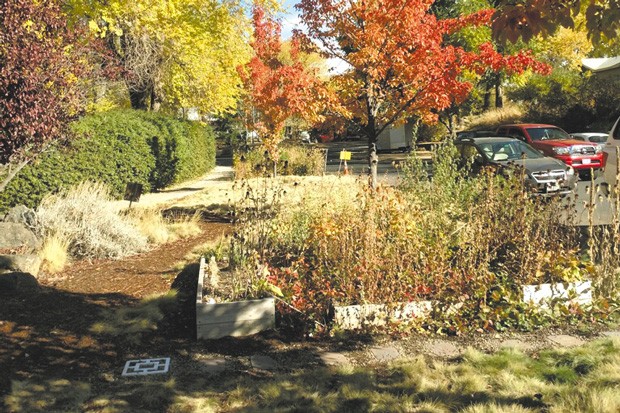