A Peek Inside the Humble Beet | The Source Weekly - Bend, Oregon

A Peek Inside the Humble Beet

The new market in the old Devore's promises to keep some favorites, while offering some locally-sourced additions 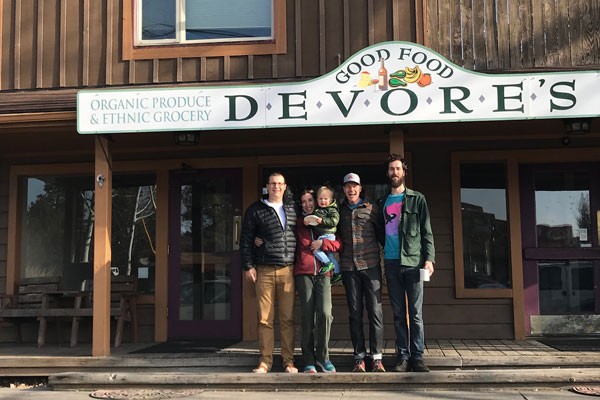 In 1977, Devore's Good Food Store brought the first organic produce to Bend. Obsessed with perfect produce, owner Bob Devore drove to Eugene every day for 20 years to make it happen. Bob and his wife, Mary, were fixtures in the community. Devore's sold organic produce, grab-and-go food, bulk items and wine for 40 years.

In 2017 the Devores decided to sell the building, built in 1918. Bob had a few health issues and the couple wanted to move to California. They sold to Aaron Talbot and Hailey Garside, a couple who had known the Devores for 30 years and had shopped there for many more. When the couple put in their offer to buy the building they wrote a heartfelt letter to the Devores about the experiences they'd had at the market.

It would be easy to look at Devore's as merely a piece of property, and to turn it into something shiny and new. It can't be easy to operate a small shop when you're competing with Newport Market across the street, among other recent additions to the grocery scene in Bend. Still, Garside said she and Talbot wanted "to keep the spirit of this neighborhood gem alive."

On the last day Devore's was open, Talbot and Garside told the existing staff they could keep their jobs, if they wanted them. A few decided to stay, including Head Chef and Kitchen Manager Dylan Rudloff, Head Wrap Artist and Cook John Cobbs and Front-of-the-House Manager Nancy Breniman. 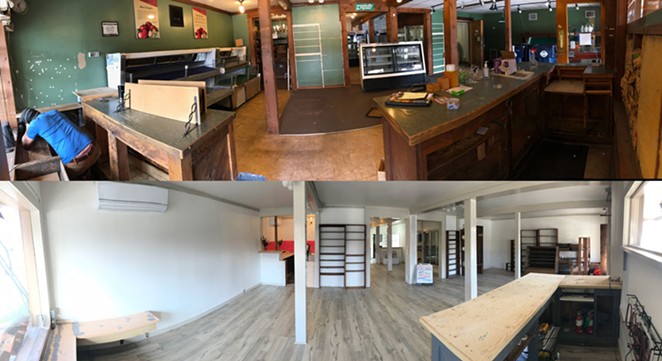 Talbot and Garside are breathing new life into Devore's. Garside said, "We know that it was special to many people. We plan to offer a similar place to the community, with some new twists." First, the market will have a new name: The Humble Beet. The interior has been updated. Gone is the all-wood, cabin-like interior, replaced by a bright, fresh coat of paint, a few new fixtures and pieces of equipment, as well as a new coffee bar. The space feels modern but the salvaged wood boxes and shelves retain a rustic vibe. The owners have also brought on Clint Rowan, owner of specialty roasting company Still Vibrato, to manage the coffee bar.

Grab-and-go items, including new breakfast burritos, will rotate depending on what's fresh and in season. Talbot and Garside are curating the products, wine and beer to offer items their larger neighbor doesn't have.

You'll still be able to find organic fruits and vegetables, but they'll be more local, including produce from Central Oregon farms. Talbot said he's inspired by his brother, Nathaniel Talbot, who owns a certified-organic vegetable, seed and flower farm on Whidbey Island, Wash. In his vision for The Humble Beet Talbot sees a merging of organic farms and a commitment to sourcing ethical merchandise and reusable to-go products.

A few things will stay the same

During the transformation to The Humble Beet, Talbot and Garside had many community members inquisitively try to peek inside. A longtime patron left a note on the door, "I miss you so much. I miss your sweet workers, all your deli items esp your dips and soups. I hope you will be open soon. Yours for 35 years, Maureen. P.S. Will you still have fresh eggs?!?"

Maureen should know that she'll still be able to find some of her favorites. The Humble Beet acquired some of Devore's recipes and will still sell their wraps, Tuscan kale salad, beet salad, kale slaw, tuna salad, salsa, guacamole, caramelized onion dip and asiago jalapeno dip.

Talbot said Maureen's note —and the kind words from others—have helped him to stay motivated as they get the doors open. Talbot and Garside wanted to open a few months after they took ownership, but with unexpected delays and surprises inside the 100-year-old house, that date shifted. They expect to open at the end of April.