"A Piece of the Puzzle" | Local News | Bend | The Source Weekly - Bend, Oregon

"A Piece of the Puzzle"

A Redmond hotel will soon become the city's first year-round shelter thanks to funding from Project Turnkey, the statewide initiative to convert hotel and motels into housing

Amid rising housing costs and stagnant wages, Central Oregon's homeless population is growing, and shelter beds are in short supply. But, this June, at least 25 shelter beds will be added to the mix, as Bend-based nonprofit Bethlehem Inn uses state funding to convert a motel in Redmond.

On April 27, Bethlehem Inn received a $2.7 million grant to acquire and convert Redmond's 37-room Greenway Motel. The grant is a part of Project Turnkey, a $65 million statewide initiative to convert up to 20 hotels and motels into housing for people displaced by the 2020 wildfires or people who are homeless. The Redmond motel—one of 12 projects funded thus far—will shelter unhoused individuals and act as the city's first year-round shelter. 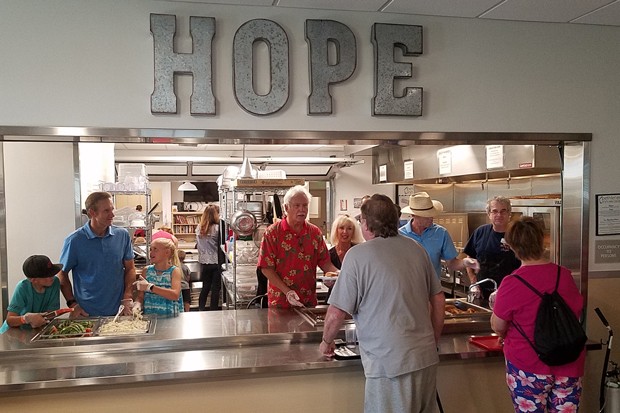 Bethlehem Inn is no stranger to the model of converting a motel into a shelter, which it did many years ago with its Bend location in 2007. "We've seen that (this model) actually makes a lot of sense if you find the right location and the right facility," said Gwenn Wysling, executive director of Bethlehem Inn. The nonprofit recognized the need for a similar shelter in Redmond, which currently only has a winter shelter, she said.

The Redmond motel, located at 517 Birch Ave. will initially shelter 25 individuals, but when COVID-19 safety precautions are eased, it will house as many as 90 people in bunkrooms. And, like Bethlehem Inn's Bend location, the new shelter will be high barrier. All residents must pass drug and alcohol tests prior to and during their stay, and they must participate in a five-week case management program that connects them with permanent housing and other resources throughout the region.

According to the 2020 Point-in-Time Count, nearly 1,000 people were experiencing homelessness in Central Oregon during the count. In Redmond, 52 people were homeless at the time. However, service providers say this is a vast undercount and more than 150 may be unhoused in the city.

As Colleen Thomas, chair of the Central Oregon Homeless Leadership Coalition, explained: "From a service provider standpoint, we are definitely seeing an increase in homelessness, especially in Redmond." Thomas said while Bend is still a hub for homeless communities, many individuals are drawn to Redmond because it's more rural and "easier to hide." 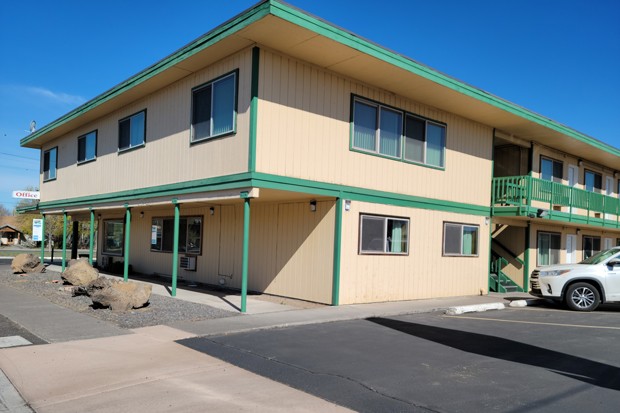 Many Redmond campers live under the Juniper trees off of East Antler Avenue, where there's city, county and Bureau of Land Management land. Every Friday, a team of service providers brings resources such as water, propane, meals and a shower truck to a gravel lot near these camps. The effort is led by Jericho Road, which provides hot meals and other assistance in Redmond, along with St. Vincent de Paul, Mosaic Medical and Choices Recovery Services.

Bob Bohac, the Jericho Road outreach coordinator, said the new high-barrier shelter in Redmond is "one of the needed pieces of the puzzle," but the city is still in need of a low-barrier shelter and a tiny home village, both of which the organization is working to open in the coming year or two. In both of these low-barrier options, residents wouldn't have to take drug and alcohol tests upon entry.

"We believe that it's much easier to help those individuals if they have safe and secure shelter first, before requiring them to be clean," Bohac said.

Regardless, service providers see the Project Turnkey-funded shelter as one sign that momentum is building in Central Oregon to address homelessness. According to Thomas, with the Homeless Leadership Coalition, city and state leaders are no longer "turning a blind eye" to these issues.

"At any point that we have an opportunity to increase capacity for shelter beds is a huge win," Thomas said. "(Project Turnkey) is something that allows communities to really look at what is already in existence and (ask) how do we leverage that to support some of our most vulnerable individuals." 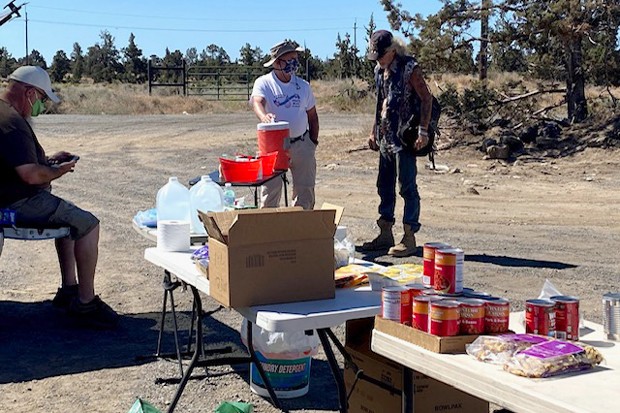 Related Smoke Shelters Highlight a Need for a Low-Barrier Winter Warming Shelter for Bend: This past week, several Bend churches set up emergency smoke relief shelters to house people who live outside

Smoke Shelters Highlight a Need for a Low-Barrier Winter Warming Shelter for Bend
This past week, several Bend churches set up emergency smoke relief shelters to house people who live outside
Editorial

The City of Bend also applied for Project Turnkey funding to open its first low-barrier shelter. On May 5, a month after scrapping plans to convert a Third Street Motel due to feasibility concerns, city councilors agreed to consider two other northeast Bend motels: the Rainbow Motel on Franklin Avenue and the Bend Value Inn on Division Street. The city is waiting on appraisals for both motels, and, on May 19, will choose one for which to pursue funding, according to Carolyn Eagan, the city's director of Economic Development.

Eagan admitted that since the city had to restart the funding process, there's a good chance it will miss out on Project Turnkey funding, since the grants are competitive and must be allocated by the Oregon Community Foundation by June 30. Still, Eagan emphasized that the City of Bend is dedicated to opening a low-barrier shelter and could potentially find other funding sources.

"We know that the camps are popping up, and we know that they are infringing on basic commerce within the city," she said. "So, we are all-hands-on-deck, pedal to the metal. Our heart is in finding some solutions to this community need."