December 28, 2018
comment
If you got your Christmas tree from one of the big box stores, be careful of how you dispose of it.

According to the Oregon Department of Forestry, throwing your old Christmas tree into the woods or leaving it your yard may spread the elongate hemlock scale—an armored scale insect pest of hemlock and other trees. 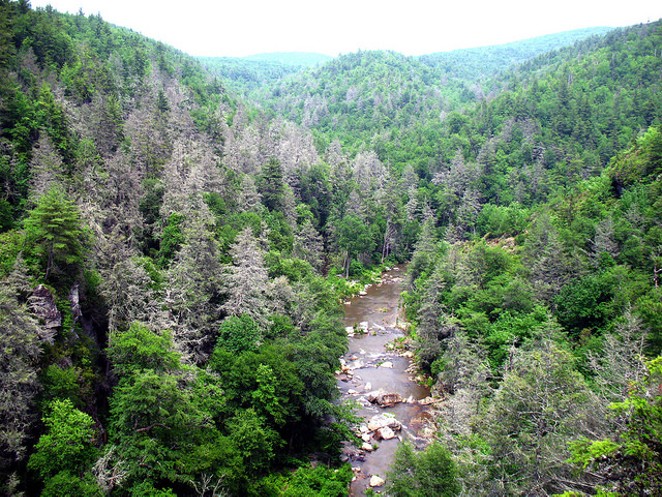 Invasive Species Specialist William Wyatt at ODF said in a press release that the pest arrived in Oregon this fall on Christmas trees brought in from North Carolina. The Oregon Department of Agriculture found the pest and ordered the infested trees destroyed, but not before some were shipped to big box stores along the West Coast, according to the ODF release.

The ODF said its fear is if Christmas trees are left for weeks or months or dumped in the woods, eggs laid on them will hatch and the pest may escape into nearby trees.

According to the Penn State University department of entomology, the pest also feeds on cedar, Douglass fir and pine trees—all big parts of Oregon’s timber industry.

The elongate hemlock scale overwinters as fertilized females or eggs, according to PSU. In early spring, the females lay eggs beneath their waxy covers and may continue to lay eggs through early summer. PSU said one female can produce a total of 20 eggs in a lifetime. After the eggs hatch into nymphs called crawlers, they settle on the underside of a tree’s needles and insert their mouthparts, feed for about a month, then morph into second nymphs. These nymphs can be carried by the wind and birds to other trees in a forest.

The pests injure the trees by inserting their threadlike, piercing-sucking mouthparts into the needles and withdraw vital nutrients necessary for plant growth from mesophyll cells—the cells specialized for photosynthesis, according to PSU. Excessive loss of plant fluid reduces the growth and health of the plant. The feeding injuries caused by the pests causes needles to drop prematurely, giving the crown of an infested tree a thin appearance, PSU said.

Williams advised that people who bought their trees from a big box store to inspect their trees before disposing of them. The ODF said to email wyatt.williams@oregon.gov if you suspect you have found the elongate hemlock scale on your tree. ODF said it may be safest to cut up an affected tree and place them in garbage bags for disposal in a closed container.

“Next year, consider buying a tree grown in your local area,” ODF said. “That reduces the risk it will harbor a pest introduced from another part of the county.”