A Push for a Performing Arts Center | The Source Weekly - Bend, Oregon

A Push for a Performing Arts Center

Central Oregon Center for The Arts gets serious

Performers in Bend know the drill: Find a space that might work, then hope and pray it stays open, has good sound and can be easily accessible for your audience. The ongoing population growth in Bend has also meant a growth in performers and audiences. The problem: not a lot of growth in venues.

A group of volunteers has taken on the task of creating a new performance space. Central Oregon Center for the Arts formed about three years ago and formalized as a nonprofit in 2019, with a goal of building a new culture hub by 2026. 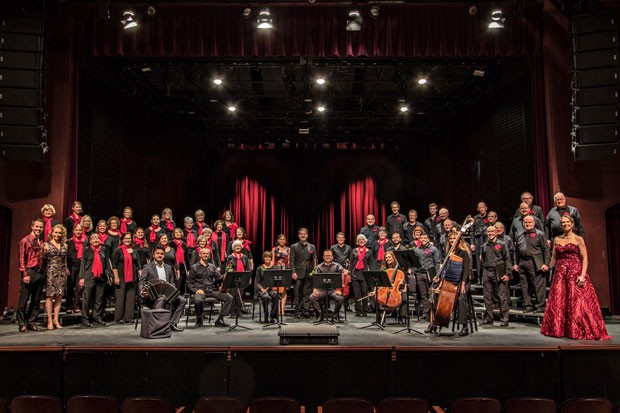 The vision for the space is grand and exciting: multiple theaters, including a large 1,200-seat theater, a 600-seat theater and a "black box" space for smaller and experimental works. It would also include green rooms, as well as storage space for instruments or scenery and rehearsal spaces that can sometimes be the hardest to procure.

"We think the window is closing in on something like this," said board member Jon Thompson. "The longer we wait the more expensive it will be. We are eager to make this happen."

The group is looking for about 5 to 10 acres on which to build the center, and will begin a feasibility study this summer. While the goal would be to stay in Bend, the group is open to other options.

This is one of several efforts to increase performance spaces in Central Oregon. The Deschutes Public Library announced earlier this year that it had identified land, near the Deschutes County Sheriff's office, where it would build its central library complex, including, ideally, a performance space.

Often, I hear people talk down about the art we see in Bend, but I personally know performers who continually amaze and inspire me. Often, this down-playing of talent is the result of a lack of production quality—not because people aren't capable, but rather, they don't have access to the equipment and spaces needed to raise standards. A space like the one the group is planning will be able to provide support to the growing talents we have, and allow local performers to shine in the way they deserve.