One of Bend's longest running spaces for local music is up for sale, and its longtime manager hopes to buy it

Even before the spread of coronavirus in the state of Oregon, there was always a push to make sure we were supporting locally in Central Oregon. Now times have gotten even tougher for local businesses. 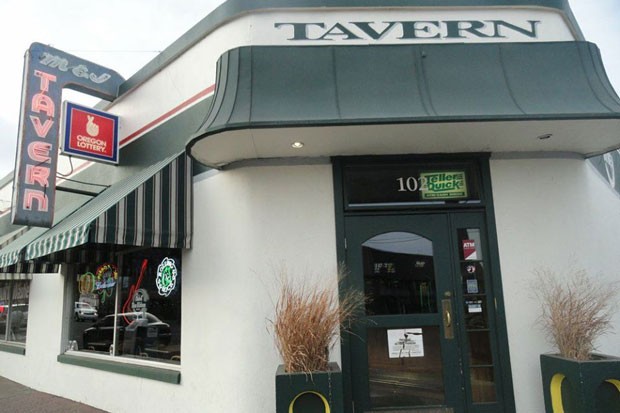 On March 9, CJ Hitchcock of the M&J Tavern posted a GoFundMe campaign with a very honest message of what it means to be a local business in Bend in 2020:

"Times are changing in this once small town, including who owns the local business scene. With a large boost in population we have seen many properties and businesses bought out by big money and changed to accommodate an idea of what these new owners want Bend to be. Here is an opportunity to be a part of securing one of Bend's major cornerstones in a historic legacy slowly being swept under in a 'new' is better mindset. The Tavern will be sold. That is fact. With the help from each of you that contribute to this cause, we can keep the M&J Tavern locally owned and community supported."

In another comment on the fundraiser's page, Hitchcock stated she first created the page in the summer of 2019 and held onto it until she saw there was no other option. This was even before new mandates on gatherings came out in regard to the spread of COVID-19, which makes the stakes of this even more crucial.

With enough funds raised, Hitchcock told the Source she has full intentions to purchase the bar that she loves so much. The current goal is set at $1 million, and as of writing, the GoFundMe has raised $1,284.

For what many have deemed as the "living room," of Bend, the M&J is truly a local landmark that has supported local music and fun for many years. According to Hitchcock, the Tavern can be traced to the very same address all the way back to 1946. Just last year, the Source Weekly chose the M&J as the Best Open Mic in our Best Of Central Oregon issue. One big reason: it isn't a regular open mic down there—it's a full-on concert experience that really draws the crowds every Wednesday night.

"M&J Tavern has been like home for us as a band. Some of the first times I ever performed as a vocalist were at the Wednesday open mic, so it will always hold a special place in my heart," says Joey Vaughn, lead singer of local band Night Channels. "Even on slow nights where it seemed like we were only playing for them, Mike and CJ have always been so kind and welcoming to bands and artists of whatever magnitude." On top of that, Hitchcock herself has been voted by the readers of the Source as the winner of our Best Bartender category—winning either first or second many times.