A Q&A with Left Vessel | The Source Weekly - Bend, Oregon

A Q&A with Left Vessel

Nick Byron Campbell details the music behind his new album, 'One (and Driftless)'

"Calming" and "thoughtful" are two of the first words that come to mind when I listen to the new Left Vessel album. It runs organically like a list of thoughts and feelings Nick Byron Campbell (Faded Rituals, Arizona) needed to get off of his chest. But the Bend-based musician doesn't alienate others in his songwriting, as the LP (Campbell's first solo work) can be interpreted on multiple levels. It also embodies the sound and spirit of nature throughout.

Thanks to Scalehouse, an arts-focused nonprofit in Bend, Campbell was able to receive an artist grant that made the upcoming release possible. This boost also led to the album getting picked up by GiftShop Records. 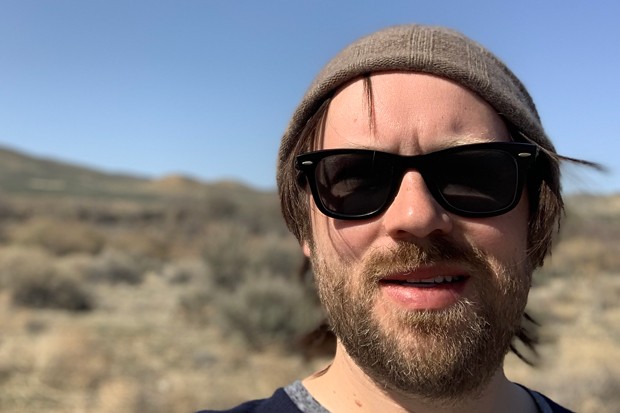 "Their help (Scalehouse) was incredibly gracious and motivating. It's inspiring to be in a community that prizes creativity and ensures that it's supported in times of need," says Campbell.

Read our Q&A with Campbell to learn what went into the record, why nature is at the backbone of its sound, and even how Campbell played the tree as an instrument.

Source Weekly: What were some of the driving forces of inspiration behind the album's music and songwriting?

Nick Byron Campbell: This whole album ended up being about connection, either to other people or nature. Specifically, the "Driftless" tracks were written and recorded in one extended session in the woods of Minnesota's Driftless Region while I was undertaking a residency there as the Crystal Creek Canyon Lodge Citizen-Artist in Residence. I was literally recording among the trees and with them, and that deeply influenced the meanings of those pieces of music as I reflected on climate change and humanity's relationship with the world around us that we are irrevocably a part of, despite the common but absurd belief that somehow we are separate from nature.

SW: You mentioned that this album is a more mellow approach than some of your other works. What was it like for you to play more into that acoustic world? I personally really enjoyed how you incorporated sounds of the natural world into the music.

NBC: Thank you. I've always written music very quietly. Even the louder stuff I've made would start out quietly in a room. I think this is a reaction to often writing with people around that I don't want to bother too much—first my parents, then roommates, now my small child and wife. These were and are always supportive people, but they don't need to hear me work on 10 seconds of a chorus for 45 minutes. So in a way, actually releasing music like this is sort of like sharing the natural starting point of music that I would often expand upon or make louder/bigger with a band.

Regarding the natural sounds, I've been tinkering a lot with recording in unique environments lately, and leaving the natural sounds in was a fun outgrowth of that. Some of the tracks were recorded out in the woods, not in a studio, and I found that I loved the noise floor you get—a bit of wind rustling leaves, some birds singing, a bug zipping past. That's something I think I'll be doing a lot more of in all of my music.

SW: The first single you dropped for the record was "Your Winter," and it touches on the timing and power of connection between people. Can you elaborate a bit on what that song means to you and the idea of paths crossing?

NBC: This could be taken in so many contexts, and I purposely kept the lyrics vague enough that anyone could apply it to some time in their life, but in this instance it was written about something incredibly specific. My grandmother went through a rough breakup right at the end of her life as I was also going through a disruptive breakup, and we bonded during this time in a way we never had in the rest of our lives. It was an interesting situation, because she was not well and clearly headed towards the end of her life, but was also going through this romantic breakup that feels like something we only experience in younger years, and I was also going through something similar but felt like I was actually getting a chance to start life fresh and live anew—which ended up being very true and wonderful.