Even in an industry fraught with restriction, it sees 100% job growth

Leafly released its fourth annual Cannabis Jobs Report last month, and despite the troubling news of hundreds of recent industry layoffs, cannabis remains a fast-track growth industry. The numbers and industry expansion are impressive, but are still just a fraction of what's possible when cannabis is eventually made legal. For now, the combined regulated medical and adult use cannabis industries in the U.S. employ 243,700 people, who, in some capacity, are all working toward the goal of selling cannabis. 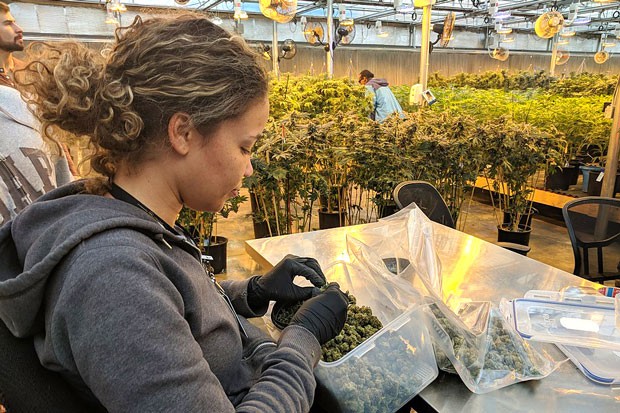 Leafly explains that they undertake the time, expense, and effort to produce this report, along with numerous partners, because, frankly, no one else is doing so. But what about, say, the Bureau of Labor Statistics? Isn't one of their responsibilities to report on, um, the statistics of labor? Well, funny thing about that.

As Leafly's report notes, the mere act of calculating the size and scope of the cannabis industry isn't a given:

"When we started our annual jobs count four years ago, cannabis jobs weren't recognized by any official labor statistics agency. They didn't even have an North American Idustry Classification System code, which is a number within the international classification system used by labor economists," it shared.

"The NAICS has since recognized the existence of cannabis jobs, but lumps them with 'Miscellaneous Store Retailers' (code 453998, which includes art supply stores, auction houses, candle shops, florists, and hot tub stores) and "Miscellaneous Crop Farming" (111998, which includes hay and grass seed, hops, mint, and agave). So that's not really much progress.

The report is packed with valuable and interesting data about both the industry as a whole, and 35 markets in individual states and the District of Columbia.

The top 10 states by cannabis related jobs are:

Although Oregon hasn't been doing the Oregon Medical Marijuana Program any favors since the implementation of the Adult Use program, other states with new medical programs are thriving beyond analysts' predictions. The report notes that Ohio's MMJ program grew 273% last year, Pennsylvania's MMJ dispensaries doubled its sales, and Oklahoma tripled iys MMJ sales to $350 million, creating 7,000 full-time jobs.

An equivalent report of the unregulated cannabis marketplace hasn't been compiled by Leafly—because snitches get stitches and all—but the number of people employed there is sizable. Last September, the Los Angeles Times ran a piece citing an audit which determined "approximately 2,835 unlicensed dispensaries and delivery services operating in California. By comparison, only 873 cannabis sellers in the state are licensed, according to the Bureau of Cannabis Control." Multiply that by the thousands of growers, trimmers, processors and edible makers needed to stock those unlicensed dispensaries and delivery services.

Cannabis remains an industry relegated to an illegal status that prohibits mundane but critical services such as checking and payroll, thus increasing costs and safety risks. Bank lending is also forbidden, reducing another crucial channel of capital. This, in turn, furthers consolidation as smaller, craft cannabis brands are choked out of the marketplace and existence without sufficient capitalization. Leafly's numbers are remarkable when you consider that no other business has to operate with the restrictions and exclusions exclusive to the cannabis industry.