A Resurgence of West Nile

There's been a small rash of West Nile virus in eastern Oregon this year. West Nile is a virus transmitted by the native Culex mosquitos. It was first detected in the U.S. in 1999 and has since spread to 45 states. 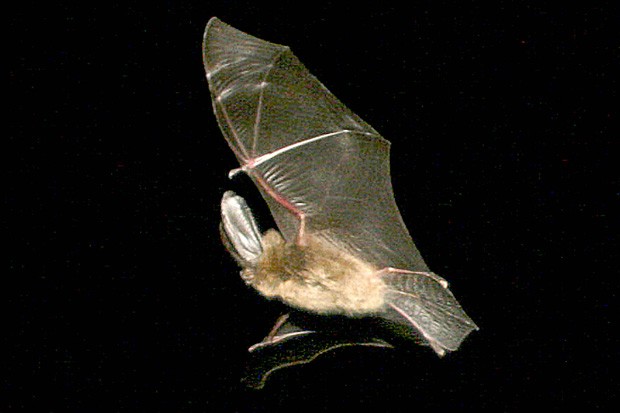 A horse in Crook County became ill in September. The vet looking into it found it to be the first to test positive for West Nile virus in Crook County since testing began in 2004. County health officials found the horse had spent time in both the Prineville and the Post/Paulina areas, but had not traveled outside of the county during its exposure period.

West Nile virus is a single-stranded RNA virus that causes West Nile fever, and is a member of the family Flaviviridae, specifically in the genus, Flavivirus. The organism is also related to Zika virus, Dengue virus and yellow fever virus, and is primarily transmitted by mosquitoes.

Livestock are particularly vulnerable to developing West Nile virus when bitten by an infected mosquito. However, only about one in 150 humans will develop the most severe form, which can include West Nile encephalitis or meningitis.

Over the years, researchers have discovered West Nile virus is transmitted through the bite of infected female mosquitoes in the species Culex. Male mosquitoes are flower children and among the group of insects known as pollinators.

Even though it's late in the fall season, Crook County health officials are advising people in the area to take precautions against mosquitoes to avoid the risk of infection.

"Take precaution" doesn't mean chemically treating every body of water with insecticide; in the long run that'll do more harm than good by killing friendly insects. If you have water ponding up near the barn, drain it. You'll have a happier and healthier ranch without the use of chemicals to solve a problem.

This being late in the warm season in which mosquitoes are normally found flying about is the good news; weather is on our side. With that, people have plenty of time to look for the best control there is for pestiferous mosquitoes—and that, reader, is bats.

If you're one of the fortunate people who have bats flitting about your place in summer, that's the best news possible for ridding your area of mosquitoes. Some may even be native to your place. Because those pesky mosquitoes can multiply so fast and become a real nuisance, they are the best food possible for bats.

Get busy and build the necessary daytime that shelter bats need to occupy your air space and you can bet they'll be gobbling up mosquitoes carrying West Nile virus. Meanwhile, horses—and people—can spend summer nights outside in some degree of peace.

Many older homes and outbuildings are sheltering bats without the owners knowing it. If you find that to be so in one or more of your structures, all you have to do is put up a bat shelter, seed it with the guano (bat poop) from your existing colony and then block the old entrance and the bats will move in and automatically become the best public health helpers you can find.

That doesn't mean you can ignore those warm water puddles that cause you to track mud into the house. Drain those things and don't allow them to fill up again.

If you find mosquito larvae in your stock tanks you may want to find out if your stock will tolerate a thin coating of natural oils (such as olive or vegetable oils) on the surface of the water. Mosquitoes larvae can't breathe when there's a thin coating of oil on the surface of their home, and when females try to lay eggs they are usually killed, as the oil will block their breathing spiracles. If your stock don't like the oil, place a stick floating on the surface to steer the stock to untreated water and leave the oiled surface undisturbed to do its job.

If you feel you must use a pesticide, check with Oregon State University Extension before you use any chemical control methods in the stock tanks.

If you have standing water of 20 gallons or more, you can use Gambusia mosquitofish for control of larvae and cause no problems.

Well, I'll take that back; if a belted kingfisher discovers them, they'll shout "Hooray!" in that loud and striking call, and spend more time eating your fish than you may like. However, the entertainment value of kingfishers is pretty high...in my book.

If you want to build the daytime roost for bats, send me an email at jimnaturalist@gmail.com and I'll email the plans back to you. As a start, find some old flannel garments to donate to the cause. The baffles in the bat house are lined with flannel to keep bats happy on cold, windy days, and on cold nights when they can't patrol your place.