Celebrating the life and works of Neil Young

On Nov. 9, 12 acts will take over Worthy Brewing to deliver a sermon in the form of Neil Young's greatest hits. Appropriately titled Church of Neil, the evening serves as a celebration of the life and musical works of Young, and also happens to fall on his birthday. 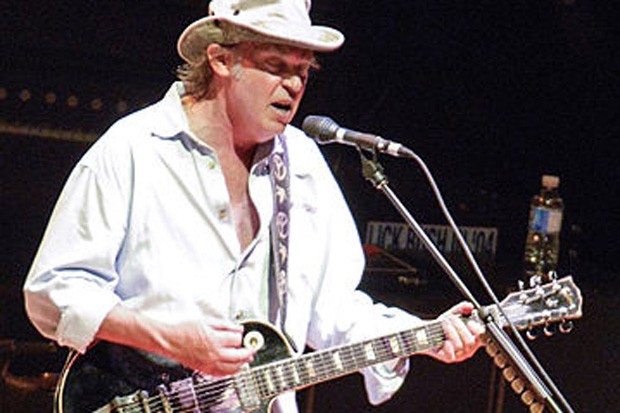 These local musicians will tackle a range of covers from every corner of Young's vast discography. The night's performers include Sleepless Truckers, Tone Red, John Shipe of The Renegade Saints, Doc Ryan and other secret, special guests. The night is much bigger than just the music, though.

"It's also a celebration of the Neil ethos," says Mark Ransom, one of the many brains behind Church of Neil. "Even if you don't like his music, he's really an activist."

The celebration started about 15 years ago through Church of Neil creator Andy Fecteau. In 2004 his wife pointed out that Young's birthday was coming up on the weekend—so they held a party with friends and played his music all night. Then the next year rolled around and they got some local musicians involved. The rest is history.

"It's really taken on a life of its own," says Fecteau.

There are plenty of reasons to like Neil Young's music. He's an icon that has been able to stand the test of time. But you don't have to like him to enjoy this celebration—just ask Ransom.

"At first I wasn't a fan. It was like 14 years ago when I opened myself to it," he recalls "Then I started realizing, Neil is really a master at telling stories lyrically and using emotion in his music."

Fecteau highlights similar reasons as to what makes Young's music so strong.

"For most people his songs speak to a common life experience," he tells the Source. "That's why he's kind of weathered the storm as a musician and a rock star."

To match Young's ethos of doing right in the world, funds raised at Church of Neil go directly to Rise Up International, the Bend Roots' education project. The organization works with schools in the area to help hire musicians as teachers for arts programming. So not only does Church of Neil celebrate the life of Young, but it also celebrates the creation of great music in the community.

"A circle of love is what I call it," says Fecteau. "It gives musicians living wage work and it's a really important outlet for kids—especially if they're more artistic in nature."