A Schedule to Die For | Film | Bend | The Source Weekly - Bend, Oregon

A Schedule to Die For

A film geek's guide to BendFilm 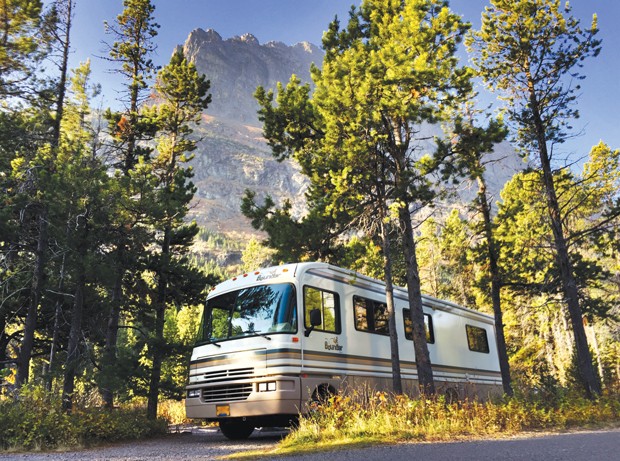 It doesn't matter how well you plan your schedule at a film festival, because there's always something interesting you're going to miss. Any good fest will have a program so pregnant with choices that even if you plan everything down to the second, there's just no way to see it all, even if you skip eating and proper hygiene.

We here at the Source care about you and try to always have your best interests at heart, so we don't want you to have to resort to great lengths, like starvation, in order to truly enjoy the festival. With that said, we've hand-picked and curated our ultimate BendFilm schedule.

There might still be a movie or five that you'll miss, but hopefully this way you won't feel that something cool is happening and you just missed it.

5:30pm - "Leave No Trace" One of the keys to feeling like you really attacked the festival properly is attending the opening night film screening. This year's selection rewards us all. "Leave No Trace" is the newest film from Debra Granik and Anne Rosellini, the filmmaking team behind the hillbilly noir masterpiece, "Winter's Bone." With a Q&A after from the filmmakers, this will easily be one of the top highlights of the festival. Tower Theatre. Narrative.

8pm - Opening Night Reception Gotta be fast here. As tempting as it is to stay for the entire party until you're deep in your cups and extolling the virtues of the early work of Michael Bay, drink quickly and irresponsibly so you can make it to the next screening. This is a film festival after all, not a party festival. 10 Below


8:30pm - "Winter's Bone" This movie is a game changer. Jennifer Lawrence searches for her missing father throughout the hills and hollers of the Ozark mountains and takes on meth cooks, outlaws and a terrifying John Hawkes. This was the best film of 2010, and hearing Granik and Rosellini talk about their experiences making a modern noir classic is a unique and unmissable treat. Tower Theatre. Narrative.

NOW YOU MUST SLEEEEEEP

10am - "Science Fair" An immensely crowd-pleasing charmer following the next generation of science geeks out to change the world. As 1,700 kids compete at the International Science and Engineering Fair, you'll find yourself surprisingly invested and on the edge of your seat cheering for these kids. Old Mill Stadium 16 & IMAX. Documentary.

3pm - "Dig!" This is one of the finest music documentaries ever made, featuring the epic story of two rock bands and a rivalry gone sour. The Dandy Warhols and The Brian Jonestown Massacre might be battling each other throughout the film, but it's hard not to see massive ego as the real villain. With the filmmaker in attendance, this is another screening not to miss. Volcanic Theater. Documentary.

5:45pm - "Down to the Bone" A pattern is emerging here, which is that you should catch all the screenings of Debra Granik's and Anne Rosselini's films. Granik is such an expert with mood and tone that hearing her speak about her directorial process is something that should be unmissable for those interested in the actual art of filmmaking. Also, Vera Farmiga is absolutely remarkable. Old Mill Stadium 16 & IMAX, Narrative.

8pm - "Get Down" Have you eaten? Take care of yourself! Here's the chance for some craft beer and sustenance. Silver Moon

10:30pm - "Prospect" Now you're full and have a nice buzz, so you might as well see this deeply strange and wonderful adventure about a father and daughter searching for gems in a toxic forest on an alien moon. Just go with it. Volcanic Theatre. Narrative.

STOP DOING THIS TO YOURSELF AND GET SOME REST!!

10:15am - Northwest Shorts Whether it's about the Portland Samba community, amateur fencing or the subtle art of shoe repair, this block of shorts is filled to the brim with some very powerful and life-affirming tales. Cascades Theatre. Shorts.

1pm - "The Far Green Country" A road film that serves not only as a gorgeous documentary about family and duty, but also a sobering look at the open road and the decision to live fearlessly. Old Mill Stadium 16 & IMAX. Documentary


3pm - "In the Soup" Alexandre Rockwell's absurd and delightful modern classic on the big screen at last. Featuring early work from Steve Buscemi, Sam Rockwell and Stanley Tucci, "In the Soup" is a kick in the pants. McMenamins. Narrative

5:45pm - "Ingrid" A mesmerizing look at a brave and peculiar woman who left her career as a fashion designer to become a hermit in the woods, making art from rocks gathered at a nearby creek. Ingrid is a fascinating subject and seeing her sacrifices and joys as she dedicates her life to art is a humbling experience. Cascades Theatre. Documentary

8pm - "All the Wild Horses" Riders from across the planet compete in a 1000-kilometer race across the Mongolian Steppe. What occurs over the next eight days is at times harrowing and intense, but also one hell of an adventure. Tower Theatre. Documentary

9:30pm - After Dark Party You did it. You made it through the most grueling leg of the festival. Treat yourself.

10:30am - "The Astronot" A period piece shot entirely in Central Oregon about a man and his dream. I'm in this, but just for a second, so don't let that deter you from seeing this deeply personal and quirky gem. Tower Theatre. Narrative.

12:30pm - TBA This will be one of the big award winners of the festival, so it's always nice to keep this spot open in case you missed it. Tower Theatre.

3:30pm - TBA This is another one of the spots set aside for festival champions. Old Mill Stadium 16 & IMAX


6pm - "Sometimes a Great Notion" Ending the festival with a classic is a classy way to program as everyone, exhausted and delusional, celebrates a movie that has endured time and remains a beloved piece of art. Tower Theatre. Narrative.

There you have it: a grueling suggested schedule for the 2018 BendFilm Festival. I'm a strange human, so my schedule leans into the weirdness—but there are two dozen other ways to shape the lineup to suit your beautiful and perfect sensibilities. Enjoy.