The County issued an official notice of public hearing to The Bulletin a week before that, but gave the rest of the media two days' notice about Wednesday's public meeting.

On Wednesday morning, as this issue begins to hit stands around Central Oregon, the Deschutes County Board of Commissioners was scheduled to hold a public meeting allowing people to weigh in on amendments to the County's marijuana regulations, which the board voted on back in October. The County issued an official notice of public hearing to The Bulletin a week before that, but gave the rest of the media two days' notice about Wednesday's public meeting. 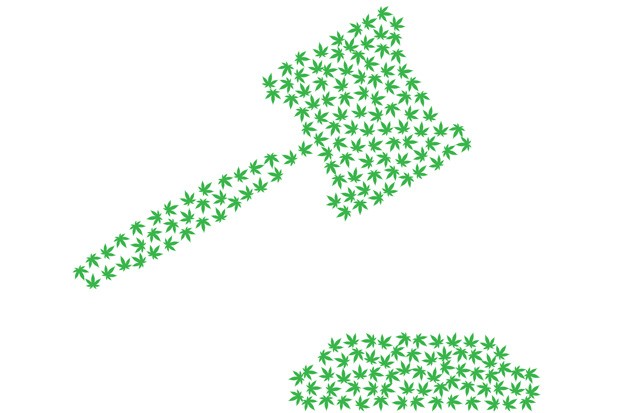 The new rules sought to add further restrictions on an industry that already sees far more regulation than other farm crops, including adding more requirements for controlling odor, restrictions on visible lighting and excluding marijuana production in certain multiple use agricultural zones. The local Farm Bureau even weighed in on the proposed new rules, saying that the Commission exceeded the scope of reasonable regulation and set a dangerous precedent for all agriculture.

Marijuana farms in Deschutes County already have to jump through a number of hoops to stay in compliance—and even when they do demonstrate a willingness to comply, the current Board has a record of denying applications for what appears to be flimsy reasons. In a recent case, the Board denied an application because the prospective grow was adjacent to a property where equestrian lessons were taking place. The rules state that grows cannot be located with a certain distance of a school—but a center where people teach horse skills hardly constitutes a school.

In this landscape, it's no wonder that a local law firm appealed those changes to the Land Use Board of Appeals in November, soon after the Board's vote. Following the appeal, the Board opted to hold off on putting its new rules in place, and Commissioners told the media they would hold a public meeting sometime in the future to address those issues before the issue goes before the state.

"The appeal in front of LUBA, principally, should've been done in front of us, your local governing body which has land use authority," Commissioner Tony DeBone told KBND in March.

We agree that it's fair to ask local people to weigh in locally before they appeal to the state for help. Giving the wider Central Oregon media two days' notice about their opportunity to weigh in is within the bounds of Oregon law, but it's hardly fair. By contrast, on July 1, the same day that Deschutes County issued its notice to us about Wednesday's hearing, the City of Bend issued a notice of public hearing about a zoning issue, which would take place more than a month from then.

As Deschutes County Commissioner Phil Henderson stated in a release July 1, "We feel that since these decisions that impact Deschutes County residents, the Board wants the first chance at reviewing and developing a complete record before it goes to LUBA."

The Deschutes County Commission has already spent considerable amounts of time and public resources—as in, your money—on attempting to tighten its rules, beyond what even the traditionally conservative Farm Bureau sees as reasonable. It's only going to cost the public more time and money to bring this battle to LUBA. So, in addition to hearing from a Commission with a record of being openly anti-marijuana, LUBA should also hear resoundingly from the people who support this legal industry and don't want to see overly restrictive rules put in place.

It's not yet clear if the Commission will hold more than one meeting on this issue, so if you missed Wednesday's meeting and you want to be part of that "complete record," submit your feedback to tanya.saltzman@deschutes.org.