Robert Wynia & The Sound perform songs from the new album, "Brave the Strange," as well as Floater classics 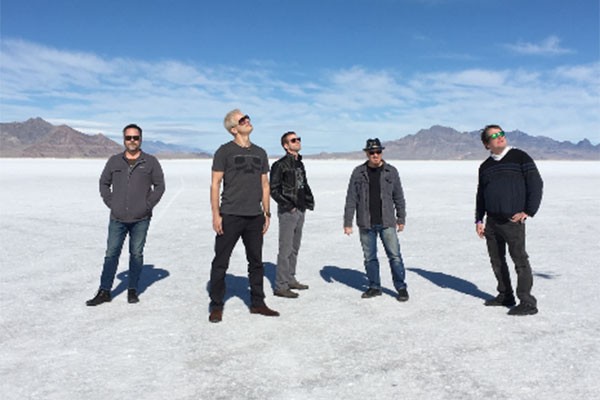 ertain names and faces have made an impression in the Oregon music scene—and Robert Wynia and his band Floater may be one of the most recognizable. Wynia and Floater recently celebrated an induction into the Oregon Music Hall of Fame, a big honor by any standard.

"I really didn't see it coming," Wynia says of the honor. "It's humbling and stunning, and I'm hugely honored."

Wynia started Floater in 1993, routinely playing garage parties in Eugene around the University of Oregon. Today, Floater consistently sells out music venues throughout Oregon. You may have caught the band at the Domino Room in Bend, playing alternating nights of electric and acoustic shows. Floater rose to success thanks in part to the creative leadership of Wynia.

Now, he's celebrating the release of his solo album, "Brave the Strange," at the Domino Room this week. The album, which comes as a departure from the alternative rock Floater became known for, has garnered great feedback.

"Honestly, I've been really blown away," Wynia says of the reception for his latest album. "The players that are joining me are amazing and I know that helps a lot, and we generally play a wild mix of songs from my solo albums along with my songs from Floater albums, but so far the comments that I've been getting are great."

The album has a very cinematic landscape, with a range of songs that go everywhere from the Americana side to ambient electronic beats to a more classic rock vein. While the description may sound across the board, it blends nicely to create a beautiful soundtrack.

"I have never really embraced one particular method of writing," Wynia says. "Some songs come from me sitting with my guitar, some from the whole band working together, sometimes a mix of both, and I prefer to stay open to all possibilities. A lot of 'Brave the Strange' did come from intentionally crafting songs to be played alone. But after the writing process I was lucky to have a bunch of really talented people approach me and want to take part."

Anyone who has lived in Bend for a significant amount of time has either heard of Floater or Robert Wynia, if not seen them live. Wynia returns to Bend year after year and for good reason.

"Bend often has some of the most fervent and enthusiastic audiences, which feeds the players on stage a lot," Wynia says. "There is an energy you get from that crowd that is different from a lot of other places. When the players are enjoying the music and that feeds the audience, then the audience sends that energy back to the stage, a feedback loop begins to take shape and it can multiply on itself to a fever pitch. When that happens, all bets are off and the night can go anywhere."