Look! It's another twist 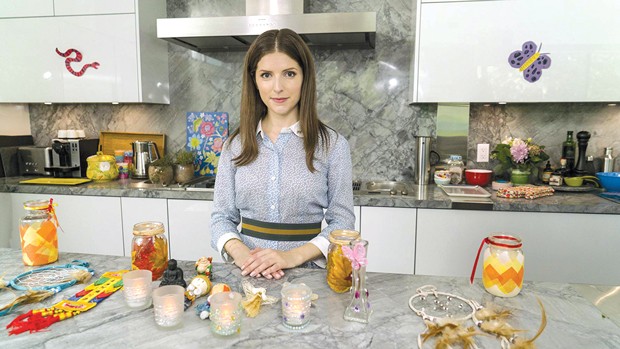 Suburban neo-noir doesn't sound like a legit film genre, but picture how scary some of those perfectly manicured shadows can be. Beautiful upper/middle class homes with space-age kitchens, fully stocked pantries and floor-to-ceiling glass windows might not seem that mysterious or frightening, but when every corner hides another layer of lies, the suburban setting adds a deliciously sinister tone.

Director Paul Feig (of "Bridesmaids" and "Freaks and Geeks" renown) takes a twisty script from "American Horror Story's" Jessica Sharzer and creates one hell of an entertaining hybrid. The first act feels like a French New Wave comedy, with Anna Kendrick and Blake Lively as brand-new friends whose young children have become buddies—meaning play dates while the mommies drink gin and get to know each other.

Kendrick is Stephanie, a widow who follows all the rules, volunteers constantly at her young son's school and hosts a cooking blog on Youtube that has around 300 followers. Lively is Emily, the polar opposite of Kendrick: she drinks, she swears, has a glamorous job in New York City and a gorgeous, dedicated husband. One day Emily asks Stephanie to pick up her kid from school while she stays at the office late. Emily never returns.

The lightness of the first act bleeds straight into "Gone Girl"-esque suburban noir as the police start questioning Stephanie and Emily's husband about the disappearance. Just like most mysteries of this type, we have conflicting stories, brand new insurance policies and strange signs that Emily might not even be missing. All of this works beautifully, keeping the audience on its toes sifting through red herrings galore.

Then we get to the third act, which goes off the rails in ways that are extremely entertaining and enormously stupid at the same damn time. "A Simple Favor" starts out as a flawless lemon tart, balancing the acidic bite with enough sugar to make it palatable. The film ends like a cobbler your schizophrenic uncle made filled with pickles, cardamom and quarters.

There have to be a solid half-dozen twists in the final 15 minutes that leave the film feeling more like a dinner party murder mystery where the killer is revealed to be whoever got the most votes. The ending(s) cheapen everything that came before, draining all the class out of "A Simple Favor," leaving us with only the wonderful work of Anna Kendrick and Blake Lively to remember on the drive home.