Local filmmaker creates a documentary about the ska music genre

As I sat down to watch local filmmaker Taylor Morden's ska documentary, "Pick it Up!," I realized I knew nothing about the genre—other than the fact I liked it a lot in middle/high school for about five minutes. I would have liked it longer, but I was young and fickle (but mostly because I discovered hip-hop music).

Morden, however, had his roots in ska music almost from the beginning.

"I've played trumpet for most of my life (since second grade) and when I was introduced to ska music in the '90s it was a life-changing moment. I discovered a type of music that made my dorky school band instrument cool!," Morden said. "Since then I have played in ska bands off and on for the past 20 years or so, and it has taken me around the world, and I've met so many amazing people through ska music, I couldn't imagine my life without it."

Morden, who's also directing the upcoming local doc, "The Last Blockbuster," clarifies the briefness of the genre's popularity: "Ska is one of the most misunderstood genres. It's often ridiculed, and rarely appreciated for what it really is. The main thing that people don't understand is the political importance of ska. I think that due to the success of some of the more 'silly' ska bands like Reel Big Fish, people think of ska as a joke, or don't take it seriously—but originally it had a strong political message of unity and inclusiveness, which is a really important message for the world these days."

Being that I always miss out on things when they're at their best, I had no idea that ska music was born in the late 1950s and was a precursor to reggae music. Until I saw "Pick it Up!" I assumed ska music was just another way that white America co-opted black culture to make money, but that really had nothing to do with it.

“Ska is one of the most misunderstood genres. It’s often ridiculed, and rarely appreciated for what it really is.” - Taylor Morden tweet this

The original ska groups such as The Skatalites and early Jimmy Cliff completely passed me by, as did most of the 2 Tone wave that started in the late '70s in England. It wasn't until the tender age of 15 that I discovered Third Wave ska music from a little movie I like to call "Clueless."

Shot around the globe and featuring interviews with dozens of the most influential ska musicians of all time, "Pick It Up!" is actually very similar to listening to really good ska: It feels effortless. The doc, released in late April, is incredibly fast paced and light, while managing to capture what makes ska important to the people who not only came up in the scene, but those whose lives were changed by the genre's inclusiveness and spirit. Narrated by the legendary Tim Armstrong from Rancid, "Pick it Up!" Is for anyone who ever truly found their tribe at a rock show.

"Pick it Up!" is already making waves, even before its debut in Bend. "We are taking the movie to several festivals, and doing screenings like the one in Bend all over the world," says Morden. "We just had our Australian and Japanese premieres that were both huge successes, and at our first festival down in Newport Beach we took home the Audience award for best music film. We are working on distribution right now and are hoping to have it available worldwide on digital and Blu-ray later this year." 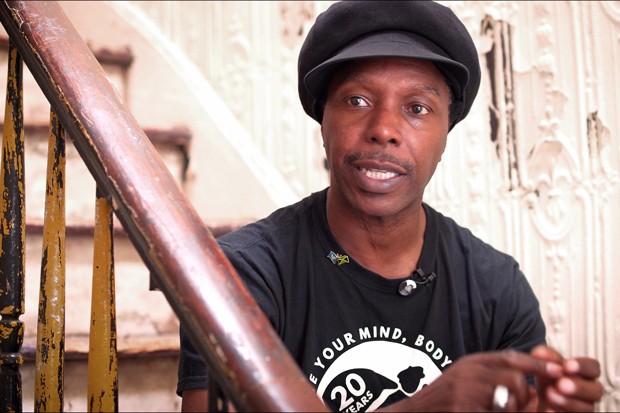 The film isn't just a movie for Morden, but something much more personal. "This movie was a labor of love, and in a lot of ways, it's an autobiography as told by some of my all-time musical heroes," says Morden. "I definitely put a lot of my own story into the film and when I get to see it in a theater with an audience and I see people laughing or even crying, it really feels like I'm making a connection to people in a whole new way that to me embodies the power of documentary film."