A Temporary Ban on Flavored Vapes was the Right Move. But a permanent one? Not so fast. | Editorial | Bend | The Source Weekly - Bend, Oregon

A Temporary Ban on Flavored Vapes was the Right Move. But a permanent one? Not so fast.

Gov. Kate Brown's Oct. 4 decision to temporarily ban all flavored vaporizer products was likely the right move. In light of two vape-related deaths in Oregon, and nearly two dozen nationwide, we still don't know enough about the causes for consumers to make informed decisions about whether to continue vaping cannabis and/or nicotine products. 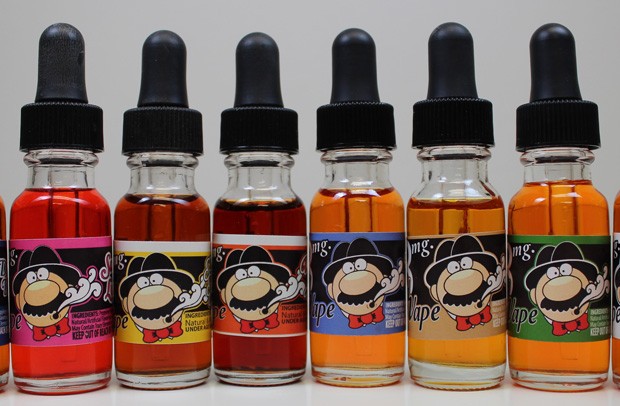 In the long run, however, we're going to need to see a lot more information before this editorial board is going to support the Oregon Legislature moving forward on a permanent ban, as Brown recommended in her executive order last week. Brown's ban, done through executive order, will last six months. Then it's up to Oregon legislators to decide whether they support banning flavored vape products in the state going forward.

Here in Oregon, this issue can really be broken into two parts. One part stems from an effort—which existed long before this vape crisis—to keep e-cig products out of the hands of kids. The Oregon Health Authority and other public health experts have long been working to stop e-cigarette manufacturers from marketing their flavored products to people under the age of 21. That's a valid concern—and for them, the advent of this current vaping crisis is somewhat advantageous, as it's resulted in a ban that they likely would have supported, even without the deaths related to a mysterious lung illness.

But the other part of this is the muddied information people are getting between the potential dangers of THC-containing products and those containing nicotine. According to the Centers for Disease Control and Prevention, as of Oct. 1, the "latest national and regional findings suggest products containing THC play a role in the outbreak."

There are the people in our state who have found themselves quitting smoking, thanks to the use of vaporizer products. For them, it might seem unfair to see a ban on the products they've used to quit a more harmful substance—when, at least in Oregon, the two people who died contracted their illnesses following the use of cannabis vaporizers, not nicotine ones. Still, it's also fair to say that those using any of those products should get to know what's in them—and so far, the information provided, if any, isn't enough to discern whether a certain ingredient is deemed safe.

"Users may not know what is in their e-cigarette or e-liquid solutions. Many of the products and substances can be modified by suppliers or users," the CDC shared on its website.

There's the very real possibility that some of the chemicals found in both cannabis and nicotine vaporizers are actually causing the illnesses and deaths—but until researchers drill down and find out the answers, it seems unfair to move forward and permanently ban something that may not actually be deadly or dangerous.

For now, we are going to operate on the assumption that state and federal health leaders will be forthcoming with any information they receive about the potential risks—or the opposite, the findings that a certain product is safe—before the debate about a permanent ban really heats up. Consumers deserve to have access to the full picture before they make a determination about whether to use a product, or whether to support a permanent ban. While government has a role in protecting people's health, ultimately, informed consumers can, and should, oversee their own health-related decisions.

Since the Oregon Legislature will ultimately decide whether to ban these products, now—and also at the point that we know definitively what's causing the illnesses—is the time to share your thoughts on this issue with your local representatives.