A Thorny Devil Kind of Guy 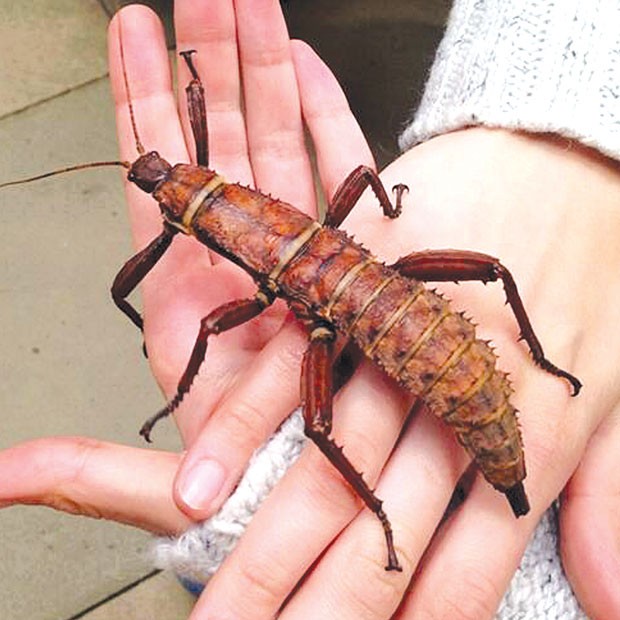 Brad Smith of Paulina Springs Books went out among the stars on May 20 of this year. But if reincarnation works, he'll be back; not as Brad Smith but—as he wanted, believe it or not—as a thorny devil stick insect. If that goes as he planned, however, we'll have to visit the Solomon Islands to catch up with him!

Smith and his wife, Randi, lived happily together for 35 years before he proposed marriage. The occasion was their oldest son Leben's wedding, and Randi accepted! During those 35 years another son, Austin, entered their lives, and out of all these events came a beautiful granddaughter, Hazel.

It wasn't his idea to leave us at such a young age. Those of us who were around Smith knew very well he was just getting started in the business of enjoying life. What got him was cancer, which in today's world gets all too many people who enjoyed love, life and the pursuit of happiness.

Smith's sister remembers his intense curiosity as a young, snot-nosed kid, and how he almost burned their house down learning about fire, and on another occasion a few years later, while learning about gravity, rolling boulders into Loon Lake with the help of his brother, almost wiping out hikers on the trail below them. But she still smiles remembering the happy times their family had going to their grandmother's school teacher's cabin on Loon Lake, Wash., when all the kids were young.

Smith went through his life applying his uncontrollable curiosity in just about everything he took on, which eventually brought him a great following with children, including his own, his grandchildren and strays. Throughout his adult life, when kids heard about any big outing coming up, they'd ask, "Will Uncle Brad be there?" 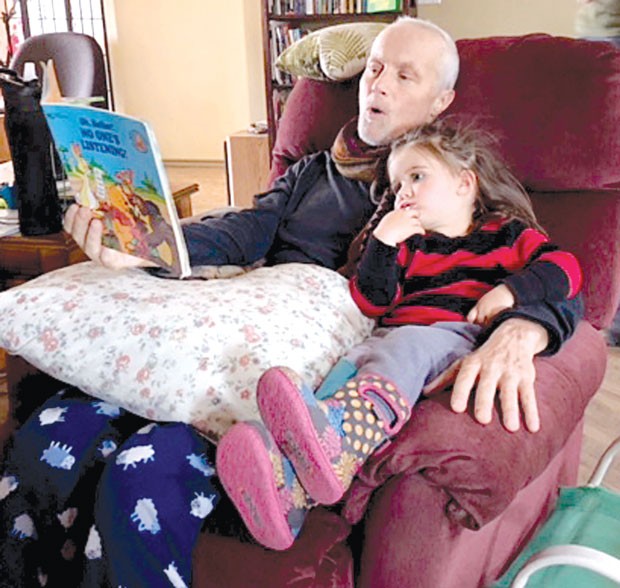 Jim Ashby, general manager of a natural foods co-op in Bellingham, Wash., wrote a delightful account of Smith's learning about the business world, in the Community Food Co-Op circular. "Brad was a driving force in the co-op's growth and development for over 25 years. He began working for the co-op when they were using a cigar box instead of a cash register.

"It can be said of very few people that if it weren't for them an organization might not exist. Brad was that rare person for the co-op. For many years, he was the co-op's most recognizable staff person. Longtime members will remember him as encyclopedic on both natural foods and co-ops," Ashbuy wrote.

"Brad has been gone from the co-op for quite a few years, and now he's gone from the natural world. He left the evidence of his vision and hard work behind for us."

You can feel, see, experience and appreciate Smith's influence on his store in Sisters the same way today. The story of Brad's Paulina Springs Books store began with founders Dick Sandvik and Diane Campbell in 1992, who created the bookstore with high appeal to readers of many persuasions. Over time its good reputation had spread far and wide.

Sandvik and Campbell began hosting author events, bringing a welcome new element to the already culturally rich community of Sisters. Six months after opening, they hired Sue Tank, who continues to be a vital member of the staff today. In addition to Sue, Bunny Thompson was working in the store at the time of purchase, and she too was instrumental in the shaping of the store's character.

In 2003, after 25 years of managing the Community Food Co-Op in Bellingham, Smith moved to Central Oregon and began searching for a new community-connected endeavor. After visiting the store, he was impressed by the strong sense of community Sandvik and Campbell had achieved. When he learned they were interested in selling, he took the plunge.

Owning and operating Paulina Springs Books was different from the community-owned grocery store he managed for years, but Smith worked hard at it. He also started a Paulina book store in Redmond, which he sold recently and the new owner has changed the name.

Smith's wish to be reincarnated as a thorny devil stick insect may have come from one of the zoology books he read. With his vast knowledge of languages, he may have grabbed the scientific name for the walking sticks, Phasmatidae, a Greek word meaning an apparition or phantom, referring to the resemblance of many species to sticks or leaves. Or perhaps he liked the idea of being included with the world's longest insects.

On July 21, there will be a celebration of Smith's life held at Paulina Springs Books. Come one, come all!