A Tour of Monkless Brasserie

Early last month, I enjoyed an awesome meal at The Brasserie by Monkless Belgian Ales. I've always enjoyed Monkless beer and had high hopes for the new space adjacent to the Deschutes River. I was NOT disappointed. During the grand opening, I had the Belgian Firkadellen—which are tasty meatballs—as well as a bowl of potato leek soup. It was so delicious! I also obviously had beer. 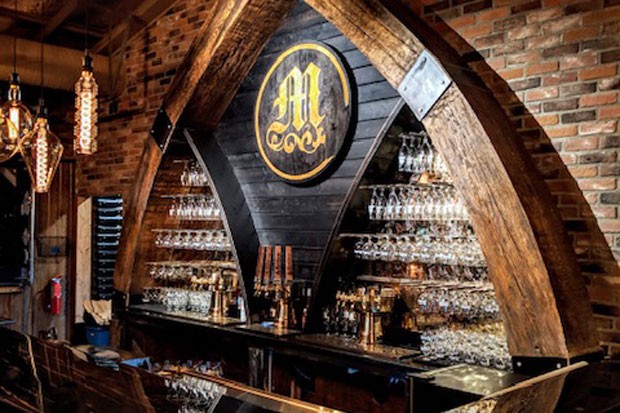 Monkless has three curated flights to choose from, or you can create your own flight. I chose the Belgian Dark Strong Flight, containing Rochefort 8; Bernardus Abt 12 and Monkless Meet Your Maker. Keep in mind this is a flight for two! Three full bottles are provided to drink side by side. It's a fun and unique experience to be able to drink three types of the same style of beer to compare them.

Belgian beers aren't hoppy like your average Northwest beer. They're more malty and tend to go toward clove and banana. Sounds like the three beers would taste the same then, right? Wrong!! These beers are so very different. The Rochefort 8 is delicate for a Belgian Dark Strong. Its subtle tones and light mouthfeel make it a very easy drinker, even with a high alcohol content (read: don't chug this beer or you'll be sorry). The Bernardus Abt 12 has hints of raisin and a bit of a cola flavor to it, while the Monkless Meet Your Maker is malt forward and earthy. This flight had me smiling for days! I can't wait to try the other two curated flights.

Another cool thing about The Brasserie is its historical influence, seen in the décor. The bar has tall arches and mushroom taps—which I would hope to see all over Belgium. One wall features two stained glass panels that came from St. Francis School before it was turned into McMenamins. By far the most impressive piece is the chef's table, designed and built by Northwest Modern, made from a 200-year-old Ponderosa taken from Drake Park. The table weighs somewhere around 3000 pounds. A light fixture above was created from the same Ponderosa and weighs only a few hundred pounds. The light is secured by four cables that are rated for 1400 pounds each. The chef's table is by reservation only, and Owner Robin Clement said reservations fill fast. 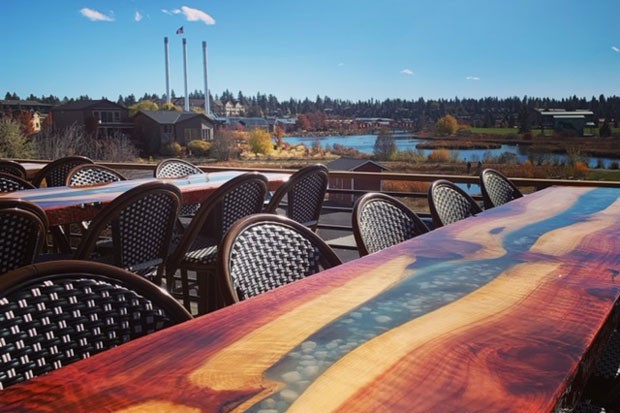 On Nov. 15, Monkless worked with The Ale Apothecary to bottle a new collaboration beer. The base of the beer is Monkless' The Trinity, a Belgian Tripel. The brew process began in early November at Monkless and then was transferred to an Ale Apothecary barrel. It has now been bottled to complete the fermentation process and should be available for our enjoyment in three to six months. It will only be available at The Ale Apothecary and at the Monkless Brasserie. I cannot wait to write about this beer. For now, though, I recommend checking out the new Brasserie. Enjoy some frites served in a paper cone and be sure to ask for mayo.