A Trip to Russian River

Why the brewery behind Pliny still rules them all 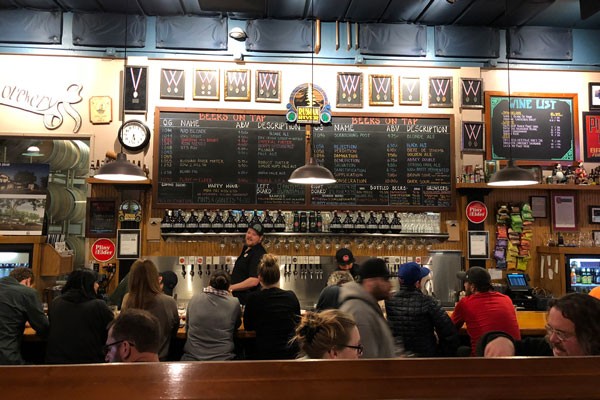 When Russian River Brewing began operations in 1997, its homeland of Sonoma County was best known as one of California's largest producers of wine grapes. Now it's known to beer fans nationwide as the producers of both great Belgian-style brews and Pliny the Elder—the classic that arguably invented the entire concept of a "double IPA."

Russian River got its start thanks to Korbel Champagne Cellars, a massive Sonoma-based winery that decided to get in on the craft-beer business during its first boom in the 1990s. As brewmaster the company hired Vinnie Cilurzo, the son of winemaking parents and a man already known for intense experimentation during his run at the now-defunct Blind Pig Brewing near San Diego. Korbel abandoned the business in 2002, selling the brewery to Cilurzo and his wife. Two years later Russian River opened an unassuming brewpub in Santa Rosa, two hours north of the Bay and the largest city in California's wine country.

It's a down-home locals' joint, but the beer, from lighter pales to Pliny and his friends, remains some of the best in the U.S. tweet this

It wasn't long after that the brewery's name began to explode. This was when craft-oriented websites such as BeerAdvocate.com began to gain steam, and online enthusiasts quickly started singing the praises of Cilurzo's productions. It's also thanks in part to Russian River being one of the first in the Western U.S. to embrace Belgians and sour ales, from the wine-barrel-aged Consecration to the strong dark ale Salvation, in a time when both were alien to most beer fans.

Cilurzo is also often credited with creating the double or imperial IPA, something he did at Blind Pig, and now the brewery's Pliny the Elder is by far its most popular brand—an 8-percenter brewed with Amarillo, Centennial, CTZ, and Simcoe hops. Named after the Roman philosopher who wrote about hops in the first century A.D., Pliny (which sees occasional distribution in Bend) was the standard bearer for heavy IPAs for years—and even now, when there are hundreds of breweries making similar big, hoppy delights, Pliny stands out for its intense but non-overbearing flavor. (Not enough? Look out for Pliny the Younger, the triple IPA that comes out every February.)

Despite the large presence Cilurzo enjoys within the history of craft beer in America, Russian River remains very unassuming. Located in downtown Santa Rosa, the inside looks like a lot of other '90s-era brewpubs (including Deschutes')—old beer ads on the walls, football on TV, pizzas flying out from the kitchen. It's a down-home locals' joint, but the beer, from lighter pales to Pliny and his friends, remains some of the best in the U.S. It's a real beer mecca, and it's now joined by a bunch of other nearby breweries. When in town, be sure to also reserve time for HenHouse Brewing, whose hazy IPAs could make it Santa Rosa's next big success story.