How the beaver contributed to Oregon becoming a state

Three species of rodents on our planet have had more impact on the welfare of Man than all the horses, chickens and cattle combined. One is a native to North America—the North American Beaver, Castor canadensis, another beaver native to Eurasia, Castor fiber, and the Norway Rat, Rattus norvegius.

The beaver helped Native Americans and Eurasians stay warm and provided food from the time humans arrived. They made a few early human pioneers into millionaires, while the rats spread the Black Death, aka The Plague, all over Eurasia—resulting in the death of an estimated 75 to 200 million people.

Now, about our mighty beaver. Yes, the beaver is the Oregon state animal and is displayed prominently on the reverse of the state flag. It's also the mascot for Oregon State University, and it's the largest native rodent in North America.

History books state that as early as 1540, colonizers, imperialists and nationalists worked the fur business hand-in-glove with native peoples. The Europeans traded beads and trinkets for beaver fur, and it wasn't until the mid-1800s—when native people realized they were getting the short end of the stick—that colonists had learned enough from them to go trapping on their own and keep all the profits.

But, from 1790 to 1859, and on into the mid 1860s, competition between English and American trappers grew to the point of bloodshed. At one point, in the quest for "soft gold" (beaver, otter and other lightweight and highly valuable fine furs), the fur business created financial fortunes for beaver killers. That also had a lot to do with Oregon becoming part of the Union.

Finally, after considering all aspects of the state's financial and social structure, Congress acted, and on Feb. 14, 1859, President Buchanan signed the bill that brought Oregon into the union, and the beaver became the state's idol. 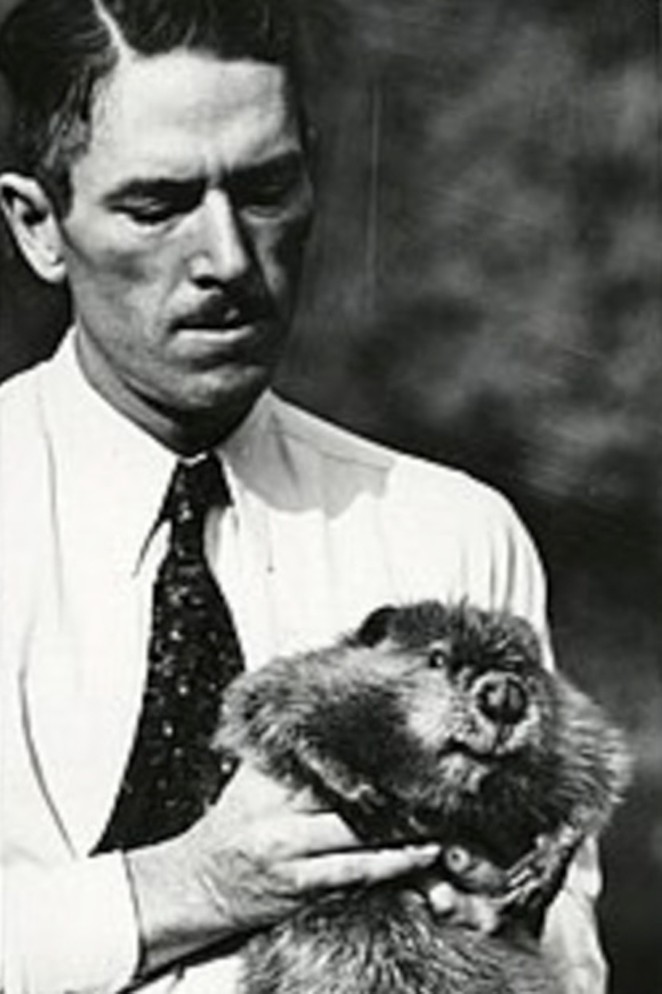 It was then that American trappers were encouraged to create a "fur desert" and began slaughtering as many beavers as they could, wherever they found them, so English trappers would go home to Hudson's Bay in Astoria empty handed.

At one point the trapping was so heavy that beavers almost became extinct. During the Great Depression, making money for food and shelter was paramount. Selling the beaver's fur was one way to do it, so much so that they were almost trapped into oblivion.

Some wise minds stepped in to protect the beaver and stopped the trapping, preserving this incredible animal for generations to come. Thanks to those efforts there are an estimated 15 million beaver in the U.S. today.

The beaver fur that was so valuable during those early days of colonization is still going for a good price today. In the East, beaver pelts are selling for around $14 each, while lower-quality pelts are selling for around $9. Castoreum, a rich chemical that is part of the beaver's makeup, is still valuable in the perfume industry, selling between $50 to $70 per pound.

Beaver fur clothing is still on the market. One furrier, featured on Google, can be found selling men's beaver jackets for $5,999. While a tanned beaver pelt is selling for $79.95, and you can purchase a beaver blanket for $2,057.38. Another site had a men's beaver fur and cashmere scarf on sale for $279.95.

A beaver hat is made from felted fur. They were fashionable across much of Europe during the period 1550–1850 because the soft yet resilient material could be easily combed to make a wide variety of hat shapes — including the familiar top hat of Lincoln's time. Used winter coats worn by native people were a prized commodity for hat-making, because the wear helped prepare the skins; separating out the coarser hairs from the pelts.

A vital part of the ecosystem

It's truly a wonder this incredible animal has survived man's greed. No one seemed to understand that beavers occupy a vital role in the ecosystems of our earth.

Today, however, wildlife biologists applaud the beaver's ecological role within the forest and aquatic communities. The fashion world can get along quite well without all that beaver fur, but aquatic communities with a need for a dependable water supply are found to need the beaver as their partner.

Studies by hydrologists have revealed that the mighty beaver's dams back up water and replenish aquifers with which they have the power to shift the biodiversity of ecosystems and alter the level of water tables.

The beaver's webbed rear feet are powerful for swimming, and with the aid of a powerful flat tail, propels them through the water at speeds up to 5 miles per hour.

Other adaptations allow beavers to live a semi-aquatic life, such as:

• Nostrils that close tightly when they're swimming.

• Transparent third eyelids that allow them to see underwater.

• Muscles in their ears that fold flat and prevent water from getting in.

• A thick, oily coat that keeps the water and cold at bay

• Powerful, sharp incisors that chisel their way through the toughest wood.

• A big sturdy tail that acts as an extra leg, helping the beaver to balance. It also can be used as a lever when dragging bulky, heavy branches around and into position and plaster mud on the dam.

• A chemical (Castoreum) manufactured in the animal's scent glands that is used in the food and perfume industry.

A study carried out by the University of Rhode Island measured just one of the positive benefits of dams: They can help remove up to 45 percent of harmful nitrogen from streams and creeks. tweet this

But it's the beaver's mechanical ability to change ecosystems for the availability of water that is valued by ecologists today.

A beaver's preferred habitat is one with plenty of water, since that's how beavers stay out of reach of predators. If a beaver moves into a forested area that's a little too dry for its liking, the beaver simply becomes an engineer and changes the shape of the landscape.

They use the forest around them to create dams that make huge ponds that provide water to other wildlife — even during the height of summer. And when they leave an area to live somewhere else, the dam breaks down, the flooded area eventually dries, becomes a meadow and then a forest.

Beaver dams are helpful in other ways. A study carried out by the University of Rhode Island measured just one of the positive benefits of dams: They can help remove up to 45 percent of harmful nitrogen from streams and creeks.

Beavers can reverse the effects of ruined waterways, help to prevent water shortages and revitalize drought-stricken areas with fresh water. Teaming them up with human engineers could make a difference for water-parched places.

Beavers are returning to areas they were once trapped out of. As a result, we may see an impact on a larger scale in protecting drought-prone areas from suffering through the worst of dry times. That in itself should remove them from Oregon's fur-trapping list. 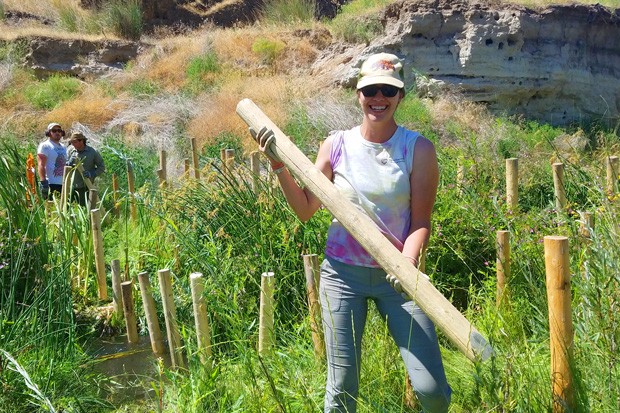 Every year, ONDA has about a dozen work/project opportunities for folks to join in on. They'd love to have you out helping the mighty beaver to heal the Land! And for another look at these hardy hydraulic engineers, check out more information found at beaverworks.org, a program that's part of Think Wild. Also check out the upcoming screening of "The Beaver Believers," a film exploring the history of beavers in Oregon, and their place in the local ecology.