With a second vaporizer-related death in Oregon, state leaders ponder a ban—and vape businesses brace for what's next

As several states move to ban—at least temporarily—the sale of vaporizer products, Oregon leaders are still considering their next moves. The debate further heated up last week when state officials announced that a second Oregonian had died due to a severe lung illness related to vaping. That was the second death among five cases that had been previously reported in the state, the Oregon Health Authority announced Sept. 26. That most recent death was a person who had been hospitalized with "respiratory symptoms after vaping cannabis products," OHA reported. For the time being, OHA is recommending that people stop vaping immediately. 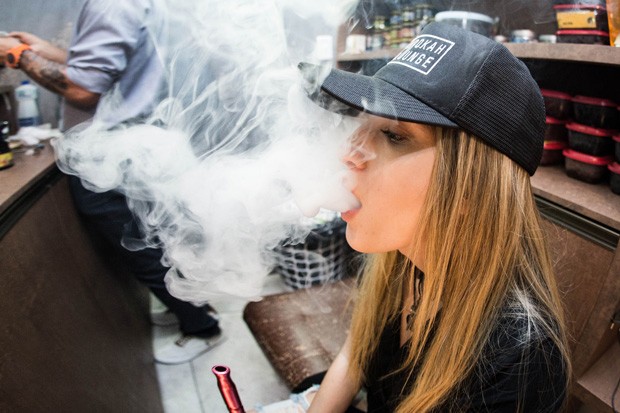 On Sept. 27, Rep. Cheri Helt (R-Bend) announced that during the upcoming February legislative session, she would introduce a bill that would ban retail and online sales of all flavored e-cigarettes and vaping products in the state. Helt is among several leaders who have called on Gov. Kate Brown to at least temporarily ban vaping products, in what Helt said would give public health experts more time to investigate what's causing the illnesses. Helt is working with fellow representatives, Rep. Janelle Bynum (D-Clackamas) and Rep. Rachel Prusak (D-Tualatin/West Linn), on the legislation, her office confirmed Monday.

"Oregonians should not be a laboratory for the vaping industry to determine the dangers of these products," Helt wrote in a release.

Following the announcement of the second Oregon death, Brown directed OHA to issue recommendations about ways to move forward, which OHA delivered the following day. Among the six recommendations: Implementing a six-month, temporary moratorium on the sale and display of vaping products; increasing access to tobacco cessation services; implementing a statewide prevention campaign, and requesting that the Food and Drug Administration regulate vaping products.

An impact on local business

Those in the vaping industry see bans and moratoriums as "knee-jerk" reactions they fear will lead people to the black market to obtain vaping products. Steve Johnson, business operations manager at Central Oregon's High Mountain Mist—a tobacco vaporizer retailer—explained how many of their customers are former smokers, who now use vaporizers to avoid the damaging effects of smoking.

"We have thousands of customers here in Bend that don't smoke cigarettes anymore because they vape, and they've seen changes in their health. We had a guy come in, very emotional, yesterday," Johnson told the Source Weekly Monday. "He smoked, he's a cancer survivor, and now he vapes and he runs marathons. He's very afraid that this is going to force him back to something that he knows is going to kill him."

“If the announcement comes out that at whatever date, we’re not allowed to sell… as a business here in Bend, we’re permanently closed. There’s no good option around that.”—Steve Johnson tweet this

Johnson said because tobacco products are regulated by the Food and Drug Administration, ingredients are required to be included on the labeling—unlike black-market or as-yet-federally-regulated cannabis products; a case for regulation, instead of bans. Still, sales at High Mountain Mist have been down 25 to 30 percent since the vaping crisis erupted, Johnson said—and the company permanently closed the doors of its Prineville location Sept. 28.

"If the announcement comes out that at whatever date, we're not allowed to sell... as a business here in Bend, we're permanently closed. There's no good option around that," Johnson said.

A ban in Oregon hasn't happened yet, but on Sept. 27, Washington Gov. Jay Inslee directed his state's health board to move forward on an emergency ban of flavored vaping products. The Washington State Board of Health will vote on that order Oct. 9. New York, Michigan, Rhode Island and Massachusetts are among the states to implement some type of vaping ban in the wake of the crisis.

Vaping industry leaders—along with growers and producers involved with hemp and CBD products—have been awaiting guidance from federal agencies on a number of regulatory fronts, since the 2018 Farm Bill essentially legalized hemp and CBD. With this recent crisis, industry leaders say there's even more reason for the federal government to fully legalize cannabis, believing that more regulation of the industry is safer for consumers—keeping them away from unregulated products or ones with ingredients that may be harmful.

"As investigations begin to reveal the cause, it's becoming apparent that many of the issues appear to relate to unregulated and illicit cannabis and nicotine products," wrote Andrew Kline, director of public policy for the National Cannabis Industry Association. The NCIA has been gathering signatures, calling on Congress to remove cannabis from the FDA's list of Schedule 1 drugs—which could allow federal regulators to better oversee the industry. "We are urging state and local governments not to implement total bans of legal vape products as this will only further exacerbate the problem and drive consumers into the illicit market where many of the tainted vapes seem to be originating from," Kline wrote.