A Warm Place, All Winter

Temperatures have already dipped well below freezing on a number of occasions this fall—a chilly, if not life-threatening prospect for those who go to sleep outside or in temporary shelters in Central Oregon. To help meet the need for a warm place to sleep for people when those temperatures dip below the 32-degree mark, a number of temporary warming shelters open up during the winter months, often opening around this time of year, or even a bit later, in the cities of Central Oregon. 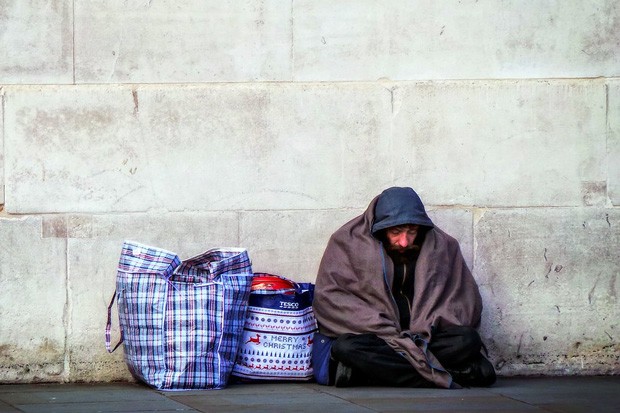 But as this season's early freezes demonstrate, there's a need for a more permanent solution for those experiencing homelessness—or at the very least, a need for shelter facilities that are open longer during the coldest months of the year.

In Redmond, Shepherd's House Ministries has been actively working to raise funds to keep its winter warming shelter open on more than just a part-time basis. In years past, the shelter has opened when the forecast was expected to dip below 32 degrees. But the agency knows that's only a partial solution. The best option, of course, would be to have wraparound services and enough affordable housing options to keep everyone from experiencing homelessness.

Perhaps a more attainable goal—and one already well underway—is to keep the winter warming shelter open throughout the entire winter, from Nov. 15 to March 15, every night, rather than only on below-freezing nights. Shepherd's House is actively fundraising for the effort, said John Lodise, director of emergency services at Shepherd's House Ministries, and is about 60% of the way toward its fundraising goal. An Oct. 2 benefit concert in Redmond brought in about $5,300 of the $50,000 needed.

"We have some grants pending but we are still very interested in private donations," Lodise said, adding that they're hoping to exceed their fundraising goal beyond the bare minimum to build in some funds for the unexpected.

As it has been in past years, the shelter will be housed at different churches around Redmond. Men, women and adults with children will be welcome at the shelter. Any unaccompanied minors will receive help getting to a youth-focused shelter, Lodise said. Guests of the shelter can receive food, clothing and other essentials, but have to leave the shelter each night, since the winter warming shelter moves around to various locations. To find out where it's housed on a particular night—and where to go to get picked up to go to the shelter—people can call a message number, or find the posted schedule at places including St. Vincent de Paul, Jericho's Table and the local libraries.

Steve and Paula Schaffer, who live in Redmond, are approaching their fifth season of volunteering with Shepherd's House. In addition to helping cook meals and otherwise support Shepherd's House, they've been active in the effort to open Redmond's shelter all winter long.

"I think that we both feel like we've been residents of Central Oregon for over 20 years and we know how bitter the winters are," Steve Schaffer said. "Just trying to deal with being cold— it's life threatening. It's difficult."

Paula Schaffer believes, "The most important thing to have people realize is that people do not choose to be there," she said. "The need is so great."

Even though Shepherd's House has yet to meet its fundraising goal, Lodise said they're still planning to open the winter warming shelter in Redmond for the entire winter season.

Last year, the average occupancy was about 14 people per night. During last year's snowy winter, the shelter stayed open 43 nights in a row, hosting more like 20 people each night, with a max capacity of 25, according to Lodise.

"The main reason we are doing this is, one there is no shelter in Redmond where homeless folks can go on a cold winter night," Lodise said. "Two, we're doing it because it's important to connect people."