The Oscars miss the point

The Oscars were weird this year. I mean, they're always baffling for at least a few minutes, but this year seemed especially frontloaded with the strangeness. There were several deserving winners, but there were also such terrible choices as to completely cheapen what came before. 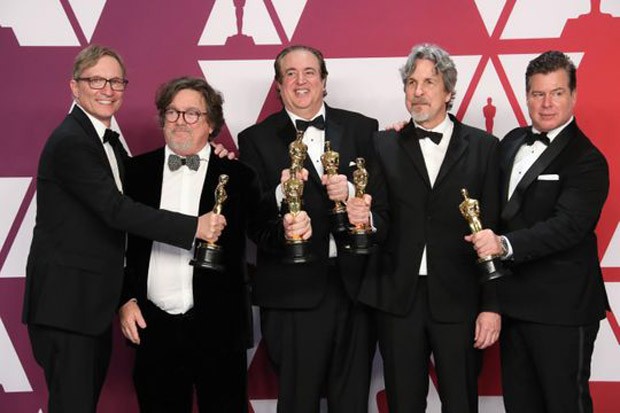 Here are a few of the good, the bad and the baffling things that happened at the 91st Academy Awards.

"Spider-Man: Into the Spider-Verse" winning here made me think this year the Oscars might get it right. Its only real competition was "Isle of Dogs," but that film was too slight to make much impact. "Spider-Man" was a bizarre and nearly perfect superhero film in a year filled with them.

If "Avengers," or "Solo" took this, it would be an average year, but "First Man" had a moon landing that made you feel like you were there with the astronauts. A deserving and interesting choice.

While Goransson is a fabulous producer (he also produces Childish Gambino and Chance the Rapper's records), his film scores aren't quite as memorable. Listen to Nicholas Britell's score for "If Beale Street Could Talk" to really hear someone taking chances with music.

I mean, "Shallow" was always gonna win, but wouldn't it have been sweet to see Kendrick Lamar get an Oscar?

"Roma" is an absolutely gorgeous and personal film from Alfonso Cuaron and as good as Spike Lee, Pawel Pawlikowski and Yorgos Lanthimos' work was, it was always Cuaron's to lose. What's really cool about this win is that it's the first time Mexico has won the Best Foreign Film Oscar even though five of the last six Academy Awards have seen the Best Director and Best Picture Oscars go to Mexican directors. ("Gravity," "Birdman," "The Revenant," "The Shape of Water" and "Roma" for those counting).

Here's where it starts getting funky. "Green Book," huh? Even if the script for "First Reformed" wasn't one of the best in the last 25 years, the fact that "Green Book" won is kinda ugly, not just for the fact that it's the story of a fascinating black man told from the point of view of a white guy, not because the movie is basically white people congratulating each other over and over for not being racist, but because the family of Dr. Don Shirley called the story "a symphony of lies."

And then here's where it all falls apart for me. In a year where Spike Lee wins his first Oscar, "Black Panther" wins three, and Mahershala Ali and Regina King both win Supporting Actor awards, we then have this.

My personal pick was "The Favourite," but that was always gonna be too weird to win. What really bothers me is that two of the other Best Picture nominees ("Black Panther" and "BlacKkKlansman") are films about the African-American experience from African-American points of view. For "Green Book" to win feels like a co-opting of black stories by white people to sell to white audiences in the mood for self-congratulation. A story of Afro-Futurism and another deconstructing modern American racism might not be what the Academy wanted to win, but those were the actual important stories being told.

Eh. Comparing art is strange to begin with. Maybe next year they'll do it better.