Active Transportation can and should be a Bend community value | The Source Weekly - Bend, Oregon

Active Transportation can and should be a Bend community value

The City of Bend's Citywide Transportation Advisory Committee has been working for over a year to establish a set of guidelines around Bend's future transportation plan. The committee—made up of a diverse group of volunteers that include a member of the Central Oregon Builders Association and the president of the Bend Chamber, as well as the president of Bend Bikes and the executive director of the Environmental Center—have drafted a tentative set of policies that include adding more sidewalks to Bend's inventory and increasing bike and pedestrian access, as well as plans to address some of the city's pressing traffic needs. 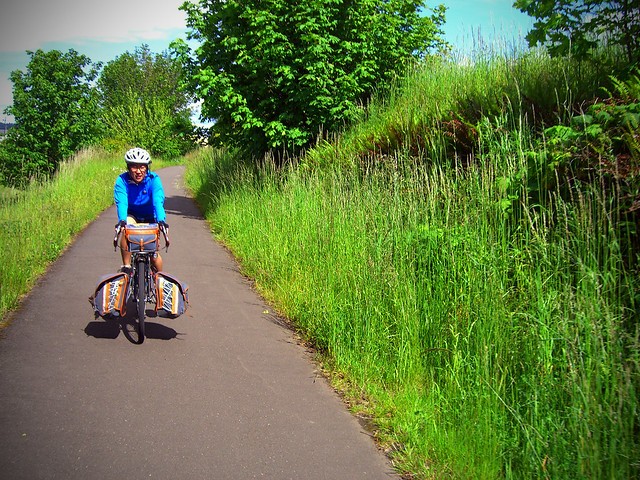 We believe the committee's work thus far is an ambitious, inclusive body of work that sets Bend on a path toward being a safe, inclusive, well-rounded city in the realm of transportation. This is a very good thing.

Driving is not going away—but our community shouldn't shy away from believing in the "If you build it, they will come" philosophy around active transportation, as well.

If you build a transportation network that allows people to safely transport themselves without a vehicle, they will do it. Right now, too many otherwise-enthusiastic bike commuters shy away from regularly commuting without their cars, believing that certain pain points in the city, such as crossing 3rd Street at Greenwood, are too unsafe to travel. If we build different options into our transportation infrastructure, people will use them. Those worried about not having enough downtown parking should do what they can to support the people who don't become part of the parking problem in the first place.

Unfortunately, there are always those who oppose diverse transportation options. It has been argued that requiring homeowners to install sidewalks, or having the City build traffic-calming Neighborhood Greenway routes, are forms of "control." Indeed, those are methods of traffic control—but so are traffic lights and additional driving lanes. Governmental oversight is not a scary notion that gives too much "control" on the part of local government. That is laughable. It is one of local government's core functions.

The idea that not every neighborhood street needs a sidewalk is dangerous and shortsighted. Tell a child who walks home from school on the streets that don't get prioritized that their neighborhood needs less control. Do certain kids deserve to walk home safely, while others don't?

Bend is a long way from installing sidewalks on every single street in the city, and the Committee is unlikely to recommend requiring them everywhere right now.

For now, however, we'd be thrilled to see sidewalks installed on all major arteries, as well as the streets directly feeding to local schools. Check out any street besides 6th or 8th streets on the blocks near Bend Senior High School before school, and you'll likely have to dodge teens, darting this way and that. They deserve the same infrastructure as the kids at Summit High School, a school that's far newer and is located in a neighborhood that fell under more recent city requirements.

While the bulk of the dollars necessary to meet the needs of the Transportation Advisory Committee's draft policies would need to be used for big projects such as constructing and modernizing roads and improving transit systems, we believe there's great value in adopting community values around active transportation in our community. The Committee is on the right track in keeping those values in its draft plan. If you build it, they will come.