I first learned about Adam Calhoun's show in Bend, originally scheduled for Nov. 16 at the Midtown Ballroom before its cancellation, from a local artist. The artist, who wishes to remain anonymous, stated they were worried about the potential for hate speech and an aggressive crowd entering the Bend community.

For those who aren't familiar, Adam Calhoun is a well-known country rapper. He's a white man who has used the N-word in his music, along with many other racist stereotypes. He's also spoken against the LGBTQIA+ community; most recently posting a TikTok video saying, "I don't want to date a chick with a weenie," he exclaims. "You guys are weird, not me!" 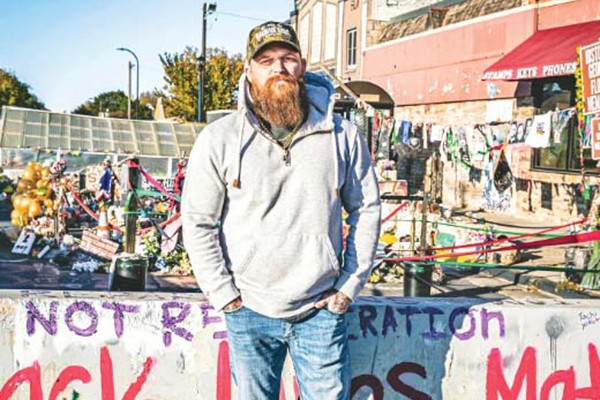 Or you can go back to a video from five years ago, on his own YouTube channel, where he makes fun of a 10-year-old child for putting on makeup. There are plenty more examples of this throughout his music and social media. He had shows canceled in 2019 for the same reasons that activists brought up in Bend.

Calhoun's show originally gained more attention in a pair of Instagram and Facebook posts from the activist group, Central Oregon Peacekeepers, in which the organization called on 1988 Entertainment, the company that booked Calhoun, to cancel the show. Calhoun himself responded to comments in defense of his music and the words he's chosen to use.

"It's damaging to the community for a few reasons. First and foremost, a white-passing individual is now coming here who is comfortable using the n-word. That enough is a massive issue," said Luke Richter, president of Central Oregon Peacekeepers. "The fact he wasn't vetted properly is fairly mind blowing. I offered to vet any acts that 1988 wants to bring in the future for free but the owner did not show any interest."

[Editor's note: 1988 Entertainment told the Source Weekly that they never received this offer. "He never made this offer to us — we would be more than happy to have COPK or Luke vet artists for us, especially if it was free," the company told the Source November 9. Richter told us he said it in a text message.]

1988 Entertainment is run by John Davis, who told the Source Weekly he wasn't fully aware of Calhoun's lyrics or message, and that he doesn't agree with those messages at all. But with the complications of contracts and Calhoun's agency, he noted that canceling the show wasn't going to be easy. Contracts are generally set up to protect the artist or band. Davis says he and 1988 could be losing roughly around $30,000, and Calhoun's agency also threatened to sue. 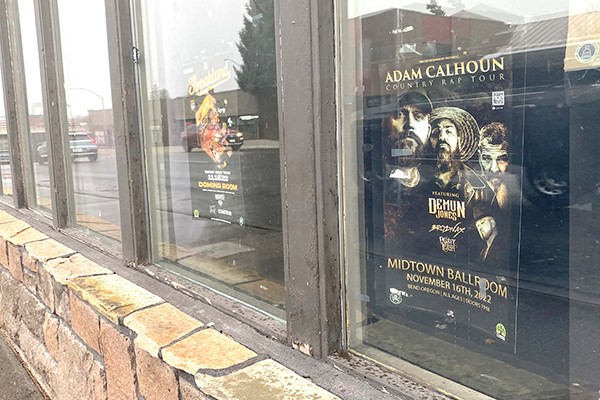 "Unfortunately, we signed the contract before we got the information we would have liked to know about this artist and the song that has brought light to this," Davis said in an email. "With canceling and taking a very heavy loss on this show we will likely have to close operations temporarily and/or lay off staff to cover the loss until we can recoup."

Initially Davis said Calhoun offered a number of alternatives, including offering to donate the show's profits to local BIPOC nonprofits, to take Richter of the Peacekeepers out to lunch to discuss his music, and to let the Peacekeepers set up booths on racism at the show. Richter told me they declined these offers due to safety reasons after receiving threats from people who planned to attend, warning Richter not to go near the show.

"I declined and each person I asked declined, due, once again, to the fact it's just flat out not safe," Richter said.

Ultimately, 1988 was able to move on from the Calhoun show. Davis says that regardless of the show being canceled, Calhoun will still "win" and get money for the show. Davis said this is something 1988 has never had to deal with, and points to the company's history of bringing diverse acts to the community.

"I would argue we bring more BIPOC artists to Bend than any other company in Bend because we want to help the culture of Bend grow." He added, "For what it's worth from our team, f*ck racism! And we will never be working with Adam Calhoun or his agency again."

However, it seems this saga isn't fully over. Davis says a venue in Southern Oregon will now pick up Calhoun's missed show. Calhoun was already scheduled to play in Medford the next day, and the Bend show still appeared on Calhoun's tour page as of this writing.