If you're looking for a dog to join you in your outdoor exploits, let this guide help you determine which ones could work best for your lifestyle

From giant sled pullers to tiny dogs dedicated to searching out rats, adventure and outdoor dogs come in all shapes and sizes. Here's a look at outside dogs and the pursuits that can suit them best.

Sled dogs are immortalized each year in the Iditarod Trail Sled Dog Race, pulling their mushers hundreds of miles across harsh Alaska terrain. The large, powerful breeds usually pulling sleds are the Siberian Husky, Alaskan Malamute, Samoyed, Eskimo dog and the Laika. Huskies were raised by the Chucki people of Siberia, who valued it as a sled dog, companion and guard. They were first brought to Alaska in 1909 for sled dog races and soon became consistent as winners.

Malamutes were created by the Mahlemut, an indigenous people of the Pacific Northwest. The first Malamutes worked as hunters and sled dogs. They were considered devoted, fearless and built for stamina. The breed accompanied Admiral Richard E. Byrd on his 1911 trek to the South Pole.

The Saint Bernard is probably the best known of the rescue dogs: the classic image of the large breed romping over snow to find a buried person, a cask of brandy bouncing under its chin. 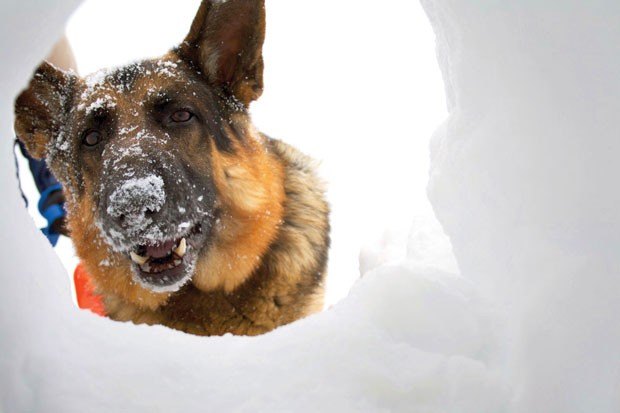 Today, trainers look for agile dogs with a strong hunting drive such as Labrador Retrievers, Golden Retrievers or crosses of these breeds. Also popular among rescue breeds is the German Shepherd, most commonly thought of as a dog for police work. Herding breeds, such as Border Collies and Australian Shepherds, may also excel at this work. Whatever the dog, it needs to be non-aggressive toward people and get along well with other dogs.

It generally takes about three years for avalanche dogs to be fully trained. Taught to dig and bark to indicate their findings, avy dogs can learn to run between their handler's skis to help protect their paws from the sharp edges of the skis. In Canada these dogs are taught "long-lining," where the dogs and their trainers are lowered to a mountainside from a long rope dangling from a helicopter. The practice is not allowed in the U.S. The average career for a rescue dog is about 8 to 10 years.

With pictures of Labradors and Golden Retrievers splashed across hunting magazines and TV shows, retrievers are probably the most recognized hunting dogs. Still, there are more hunting breeds than that. Tracking dog breeds include Coonhounds, Beagles, Foxhounds, Pointers and Flushers. Each has a specific job to do, depending on what the hunter is going for.

Dogs like the German Shorthair are excellent pointers, staying within eyesight of the hunter when looking for upland game birds such as pheasants or chukars. English Cocker Spaniels are flushing dogs, sniffing out game birds and then pushing them into flight. English Setters and other pointers and water dogs are also considered excellent hunting dogs. Good hunting dogs are physically capable of keeping up with fast-moving game and should have the ability to sit in cold water without moving for long periods of time.

In Central Oregon, ranch or farm dogs are a pretty common sight. Sometimes you can see them riding in the back of a truck bed, or if they're really trained, on the back of a flatbed truck. Farm dogs are generally divided into the categories of guard, herding or pest control dogs. 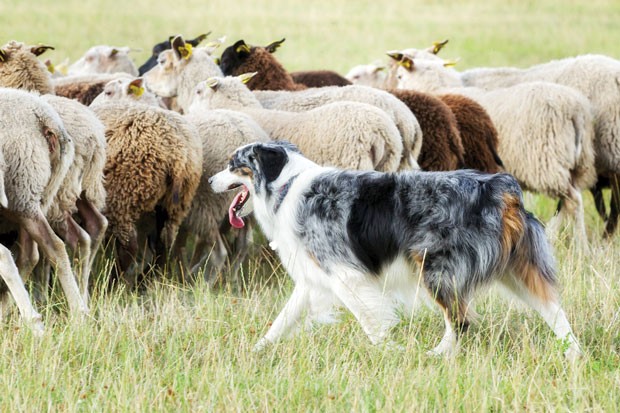 Herding dogs take livestock out into fields and return them at night. Common herding dogs include the Australian Cattle Dog, Belgian Shepherd, Border Collie, Rottweiler, heelers and the Welsh Corgi.

Meanwhile, even little dogs can do important work. Pest dogs are used to control things like mice and rats on farms that would otherwise destroy crops. Dachshunds and many terriers are considered good pest control dogs.