Advocating for Black Lives, in an Internship

You might already recognize Maxwell Friedman: He's a prolific musician with loads of talent and his own band. Oh, and he happens to still be in high school. With an entire future ahead of him, Friedman, energized by the new activity around the Black Lives Matter movement, recently began interning with the Central Oregon Black Leaders Assembly—a group that formed just this summer to end racism, and to advocate for and advance Black leaders in the community. 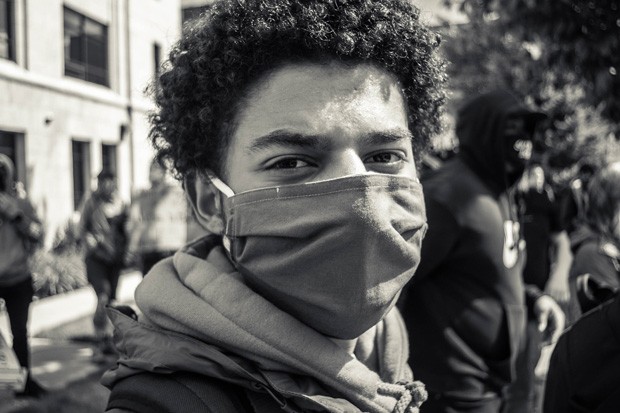 We chatted with Friedman about that new gig.

Source Weekly: What are you currently working on with COBLA?

Maxwell Friedman: Currently I'm speaking out in public, helping COBLA reach other fellow young people to become members and make noise. I'm trying to become more involved with COBLA and promote it because I truly believe it's something that can change the way we view our town and the people of our town. Right now, I'm just a messenger; I'm speaking publicly on behalf of COBLA. I haven't been a part of organization of speeches or events.

SW: What are COBLA's goals for this internship or in general?

MW: COBLA plans to unite businesses in our fight against systemic injustices and to promote our organization. We want to make everybody feel as though they are welcomed and respected. We want to get members of our organization involved with companies who are active allies of POC.

SW: What do you personally hope to gain from the internship?

MW: I would like to gain some knowledge of entrepreneurship, because my boss is one himself who started Bend Sauce, a seasonings and hot sauce company, just because he wanted a good chipotle sauce. I also want to form friendships with people who support the BLM movement and the movement of basic universal human decency. In other words, I want to spread love through hot sauce and my music.

SW: What are your thoughts on the Black Lives Matter movement/activity in Central Oregon?

MW: I think the Black Lives Matter movement surrounding Central Oregon is wonderful and necessary. A few years ago, a black teenager by the name of Deshaun Adderley took his life due to constant racism from his peers at school and his school, Summit High School, ignoring his situation. We need to show people that Bend, Oregon, is not a bubble, that it's not a utopia where racism just doesn't exist. Bend is home to a lot of racism which no one seems to talk about. We need this movement to educate both adults and young people how to love; we can unteach hatred. COBLA, amongst other groups, can unteach racism in Central Oregon, the state, the nation and the world.

SW: Do you have any goals for COBLA or Bend in general? Do you hope to see Bend go in a different direction in the future? And how do you think we can make these changes?

MW: My goal for COBLA pretty much aligns with COBLA's goals in general. If you look on the website, one of which is eliminating racism in the United States. Some people may think that's a lofty goal; I think it's something we can work to achieve and it's actually a good place to set our sights to. It's definitely a high goal, but I think we can achieve eliminating racism in our county and working to unteach racism.

I don't have specific goals for COBLA but for Bend, yes, I do have specific goals, some of which are already being worked towards. I want proper training with the police. COBLA is working with a former police chief. Right now, they are working on a new training program with the police to teach them how to deal with race and how to restrain their partner if their partner is using excessive force. I want to put new programs into schools and COBLA wants to do the same. 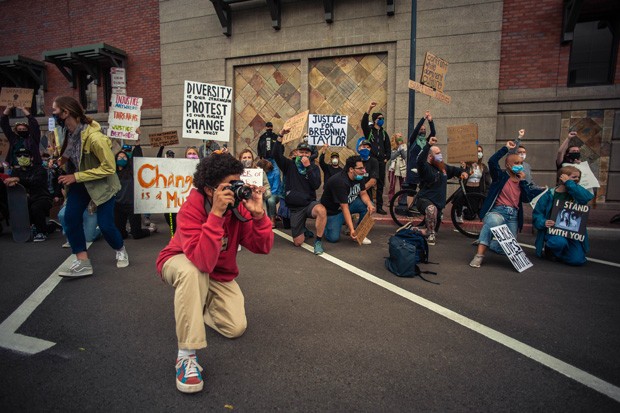 Bend really needs to have classes on racial sensitivity and have more classes on race in general, beyond Martin Luther King, Jr. We need to talk about Malcom X; we have to talk about the riots that happened after the assassinations, and the assassinations themselves, we have to talk about redlining, we have to talk about the multiple systemic injustices that happened that pretty much undermined the entire Civil Rights movement—because the way we teach the Civil Rights movement right now is that it ended in 1965. Racism just disappeared, so that's not true and I think that it needs to be fixed. We can make these changes through pressuring our officials to get this done, protesting, actually voting on these things, and that's super important. Using your voice is great, but going out and voting is even better, making these changes ourselves.

If you're a student in a high school, talk to your teachers, like "hey, we need to change the way we teach," sign petitions, have that happen in schools. If the school doesn't comply, protest the school, boycott the school, they'll have to give in at some point. So there's a lot of different ways we can do this just by using our sheer manpower and our sheer presence. Those are my goals for Bend.