Jimmy Eat World has been around for nearly 30 years, and they're still rocking stages

Jimmy Eat World has been together for nearly 30 years, but it wasn't until 2001 that most people knew who they were. It was their third album and hit song "The Middle" that cemented them into the pop-rock music scene.

Twenty years and six albums later, the band is grown up. And a lot has changed. 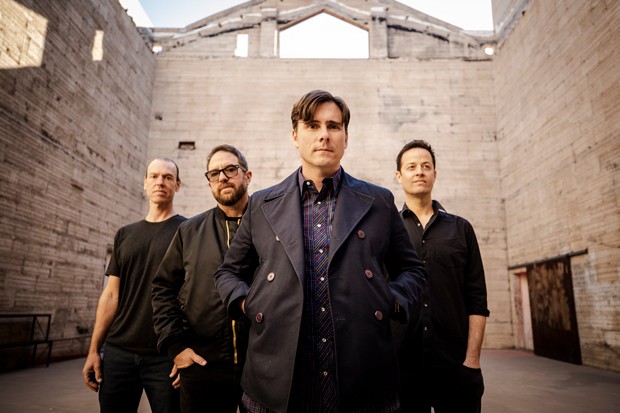 "It's pretty nuts. I mean, we got to see the transition of pre-internet to internet," said Jim Adkins, lead singer of Jimmy Eat World. "I mean, there was the internet, but it wasn't the internet that we know and take for granted today. There's never been a better time to be a music fan, because it's accessible and everywhere."

Adkins and the others started playing when they were only teens, and never thought it would turn into a career. "I still have trouble processing it's what I'm doing," he said. "I don't really think of it as a career. I think of it as this is just what I'm doing now. And maybe someday I don't do this, then I have to get a career."

Not only is Jimmy Eat World two decades older, but their fans are, too. As the band has grown up and eased into family life, their original fans are doing the same. But there are always new generations of music fans who are discovering them.

"I see the people that we literally grew up with, but then I also see younger people and those older people's kids. It's a pretty wide cross-section of the ages at our shows now," Adkins said. "There are some people that might have heard about us. They've heard 'The Middle,' but maybe they didn't really check out the full album until recently. There's a lot of those people."

Adkins and the rest of the band welcomes the new fans. He joked, "It's sure better than having one that just keeps getting older. You're not going to be in a band very long if that's your strategy."

Like many bands, Adkins and the rest of the band pivoted quickly after COVID restrictions began to be put into place, using their fanbase to keep them busy in 2020 and 2021. Adkins hosts a YouTube show with fellow musicians called "Pass Through Frequencies."

"Pretty much right away in the lockdown I started thinking about what I could do to keep busy," Adkins explained. "The podcast is about songwriting and talking to all my musician friends, who suddenly had a lot of free time on their hands, too."

Some of his guests have included Mark Hoppus, Steve Aoki, Nate Ruess, Chris Carraba, Ben Gibbard and Gerard Way, among others.

The band also recorded live shows, the Phoenix Sessions, that were streamed for fans. 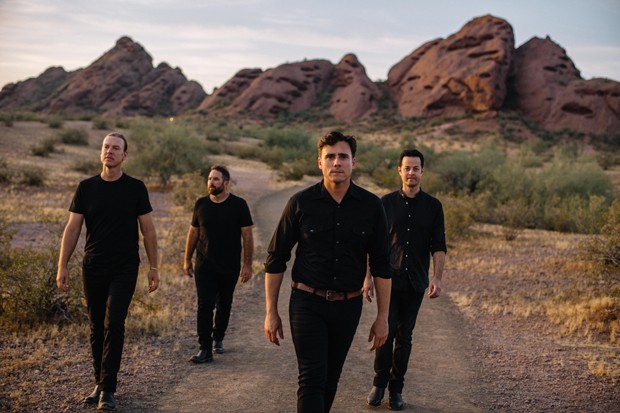 "When it looked like things were going to continue that way for a while, we decided to do something, take an opportunity and record... It's almost making a performance of three of our records," he said. "And that became the Phoenix Sessions, which we filmed in Phoenix. And it was really cool. There's some things like that we would have never done if things hadn't worked out the way that they did. And it's unfortunate that they had to go this way. But I mean, we did have some unique experiences that I think are good, along the way."

Jimmy Eat World is joined by Taking Back Sunday on its current tour, a band they also toured with back in 2005. Adkins is looking forward to the band's first tour in two years and is especially excited about their tour mates.

"They're a great band. And they put on an awesome show. Playing with them makes our show better because they're not messing around. They're going to bring it. They're fun people to be around. We're both on a festival later in October and we thought it'd be awesome to team up with them, and do some gigs around that, if we could. And it's awesome that this worked out. And we get to come to Bend." The bands play the Les Schwab Amphitheater on Saturday.

After a few years of not being on tour, Adkins is ready to get back on the road. "It's riding a bike," he said. "It is a bike you haven't ridden in a really long time, but it's a familiar process. It's great."

On the expectations for the tour, he added, "I'm expecting waves of gratefulness in large quantities to be happening around that time."