Alleged Harassment in the Forest Service

A PBS story exposed a pattern of discrimination in the agency. Now a Central Oregon archeologist speaks about her experiences

Imagine your son gets run off a bridge, Molotov cocktails are thrown through your window and the word "sh*t" is written with sewage in your backyard. That's what Janine McFarland said she endured—and more—working for the U.S. Forest Service; a dream job turned nightmare.

McFarland, an archeologist with the Bend-Fort Rock Ranger District of the Deschutes National Forest since 2004, said she's filed multiple complaints against the U.S. Forest Service since 2000. In 2016, McFarland's attorney filed a harassment complaint in federal court against the secretary of the U.S. Department of Agriculture, who is now Sonny Perdue. 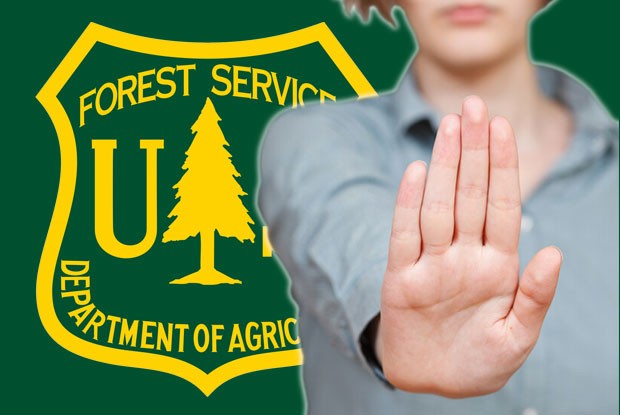 "When I went to Los Padres, the sexual harassment and the threats and the harassment started from the day I showed up," McFarland told the Source in a phone interview.

McFarland said she received many threats while working at Los Padres. She says her son was run off a bridge by other USFS employees, breaking his bike, adding that employees also tried to run her son over with a fire truck. She said there was also harassment toward the employees who worked under her.

"I talked to my supervisor and he wouldn't deal with it and I went to a forest supervisor of Los Padres, Jeanine Derby, and she got really angry with me," McFarland said. "She was like, 'you need to shut up.' I had to deal with harassment when I was in my early career and deal."

A "PBS News Hour" story last March outlined how women reporting sexual harassment while working for the agency were retaliated against. The story said harassment for women within USFS has been a problem for years, reporting that as far back as 1972, women have jointed together to file class action complaints and lawsuits about gender discrimination and sexual harassment.

In 2016, a congressional hearing was held to address the problem within USFS' California workforce, which had been the focus of previous complaints.

"California was ground zero for all this sexual harassment stuff," McFarland said.

In interviews with 34 current and former USFS women in 13 states, the women described a workplace that remains hostile to female employees, the PBS story said. The women complained of a pattern of gender discrimination, bullying, sexual harassment and assault by crew members and supervisors. Three of the women alleged they were raped by co-workers or interagency firefighters while working for USFS—and many women alleged retaliation after reporting the incidents.

McFarland said after she reported harassment, she was sent a letter of reprimand, that she was stripped of her duties and sent to another forest district.

"I filed approximately 22 to 24 EEOs (complaints to the Equal Employment Opportunity Commission) over the next four years," McFarland said. "I spent tens of thousands of dollars. I mean, it was bad, as far as spending money on attorneys and what it did to me financially and physically and mentally.

"They stripped me of my duties and stripped me out of my job and put me in another job in the Ojai District," McFarland said. "They were ready to fire me and tried to fire me, and I fought back, and I was able to get a detail working on an enterprise team working out of the Lassen National Forest."

The Source contacted USFS to discuss McFarland's complaints. The agency did not respond.

According to the PBS story, in the private sector, employees can file discrimination complaints directly with the EEOC, but federal employees—including USFS employees—must first contact their agency's EEO counselor, who starts an investigation and makes a decision about how to handle the complaint.

McFarland said that when she went to work at Lassen, she still had faith in the system.

"I thought—because I knew that I had good attorneys—I thought if I could just get to court or just get to the EEOC hearing this will get resolved and this is all going to come right and I'll get my program back and this will be made right," McFarland said. "I believed that at the time, but I was committing career suicide even though I didn't realize how bad it was going to be. Ever since then—this has been a lot of years—18 years later and it's still affecting me."

USFS, created in 1905, employed women in its early days, although women were not expected to do field work. In 1913, Hallie M. Daggett was the first woman to be employed as a fire lookout, according to American Forestry Magazine. It was not until 1981 that USFS hired Deanne Shulman as its first female smokejumper. According to the PBS story, Shulman passed the physical tests but was initially denied the job because she was told she hadn't met weight requirements—she was 5 pounds under the 130-pound minimum. It wasn't until Shulman filed a formal EEO complaint that the USFS opened the work for women, the PBS story said.

This June, members of Congress sent a letter pressing the USFS interim director Vicky Christiansen for an update on the agency's plan to address harassment.

"It is beyond unacceptable that women who are putting their lives on the line to protect our communities, forests, farms and businesses from wildfire are also subject to harassment and retaliation," U.S. Sen. Jeff Merkley (D-Ore.) said in a press release.

Meanwhile, McFarland said she's isolated herself socially because of fear of retaliation.

"I stay at home and keep to myself because often this agency, or the DOJ (Department of Justice), they try to get family members or other people, if you have roommates, to testify against you," McFarland said. "It doesn't matter if it's true or not."

After all that McFarland's been through, she said she still loves USFS, but hopes her situation can help others.

"It's hard and I think, 'I can't do this anymore, but it's like no, you've got to be strong,'" McFarland said.

"To let them win at this point is the worst thing I can do," she said. "It's not just for me, it's for these other women as well."