Escape Room Does the Unforgivable

Every January, the studios frontload the movies they think are either hot garbage or that won't make them any money. Usually, that first week of the new year gives us the worst horror and action movies we'll see for the next 12 months. Every once in a while a great little movie will sneak in under the radar, but usually it's a fairly safe bet that whatever you're seeing is going to be trash. 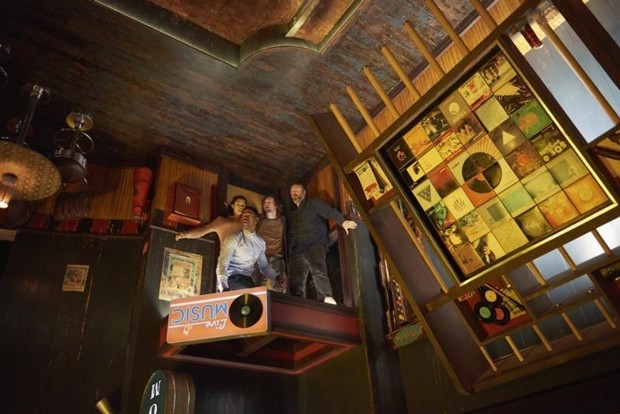 "Escape Room" doesn't quite deserve this fate. It's definitely a mashup of about four or five other movies, but there's enough originality to keep the movie moving along at a brisk pace... until the infuriating ending.

The film follows a group of strangers who all receive an invitation to an escape room competition where the winner will go home with $10,000. The participants don't seem to have anything in common at first: There's a student, a soldier, a stock broker, a truck driver, a drunk and a professional escape room competitor.

The production design of the film is delightful, with each room of the competition being a bizarre and fun bit of strangeness. An upside-down dive bar, a creepy cabin in the woods and a deceptively deadly waiting room are just a few of the puzzles the group faces, and for most of the movie, it's a surprisingly fun (though PG-13 and bloodless) little horror flick.

But then the ending happens and, for me at least, all goodwill goes out the window. The whodunit aspect of the move is pretty predictable, but it's the very ending that really goes off the rails. No spoilers, but the film doesn't have an ending. Instead, it just stops like it's the pilot episode of a TV show, desperate for its audience to tune in next week.

I know studios love money and they love cheaply made horror movies that can be spun into gold with a dozen sequels, but that first movie in the series needs to tell a complete story. This isn't "Lord of the Rings" where we already know that we're getting one massive story broken into three parts. This is a 90-minute horror flick that literally looks at its audience in contempt and says, "Oh, you like that? Well, tune in to "Escape Room 2: Even Escapier" to see what happens next." And you know what really sucks? I want to. I paid for the first two acts of a story and would like to see the third one.

"Escape Room" is "Hostel," "Cube" and "The Game" mashed up into a Tofurky patty of cliches and almost-realized ambitions. It's honestly extremely fun and entertaining for almost its entire runtime, until the ending raises its middle finger, not only to its audience, but to the art of storytelling in general.