"Where'd You Go, Bernadette" is a missed opportunity

As a filmmaker, Richard Linklater is what you might call affable. In his movies, going all the way back to "Dazed and Confused," he loves to find the truth in human interaction, but seems uncomfortable with pain that isn't easily fixed. His best work (The "Before" Trilogy) comes close to really exploring damaged individuals, but always seems to pull back before something truly profound is uncovered. 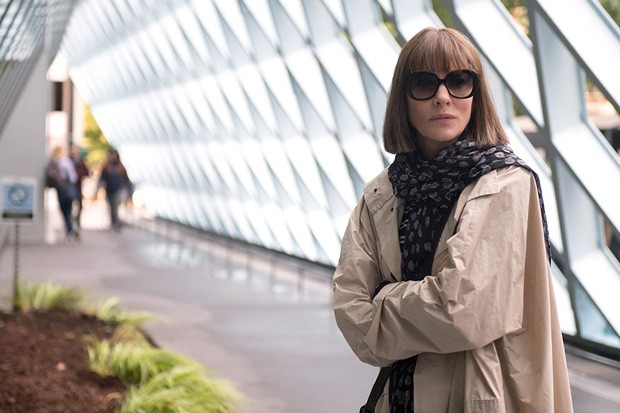 Make no mistake, "Where'd You Go, Bernadette" isn't a bad film. But it's also rife with missed opportunities to create a real classic. Cate Blanchett plays Bernadette Fox, a brilliant architect with the mind of an unhinged artist. She lives in Seattle with her husband and daughter, miserable in a city she can't stand and two decades past the last thing she created.

Bernadette hates people (mostly her neighbors), is slowly becoming agoraphobic, is definitely depressed and possibly suicidal. In order for the film to truly work, you just gotta get out of Blanchett's way and let her be brilliant, but Bernadette's pain is deeply rooted in events that happened decades earlier—events the audience never gets to see. Because of this, Blanchett's performance is only ever an approximation of events we hear about, leaving the audience always removed from her emotions.

Linklater never takes us into what has broken Bernadette. We hear about miscarriages, failed projects and the life-sucking effect of Seattle through Bernadette and her husband, but never actually see the giant moments in her life. We only ever get the aftermath. We spend lots of time watching Bernadette be unhappy, but are left to our own devices when it comes to understanding how she got there.

I haven't read the novel by Maria Semple, but I can only hope that more exploration of Bernadette happens without all the lip service. She's a fascinating character people love talking about, but there's nothing intimate about a character study in which mostly everyone just talks about each other. We need to see human behavior.

“Where’d You Go, Bernadette” isn’t a bad film, make no mistake. But it’s also rife with missed opportunities to create a real classic. tweet this

At its heart, "Where'd You Go, Bernadette" is a film about what happens when an artist stops creating, but never really approaches the depth that the subject requires. The film plays every dramatic beat too safely, showing Bernadette after she's made the big decisions. When you have an actress as gifted as Blanchett, you give her the opportunity to show her make those decisions behind her eyes. Instead, we're left with scene after scene of characters talking about what just happened offscreen.

It sounds like I hated the film, but there are so many beautiful and honest moments sprinkled throughout that the flaws are even more glaring. This could have been a classic if Linklater had understood the story he was telling on a deeper level, instead of just capturing the ripples along the surface. This is a story about volcanic human emotion; instead, we're left with something perfectly, insultingly affable.