After an alleged false claim in the voters' pamphlet, Brown and Merkley pull support 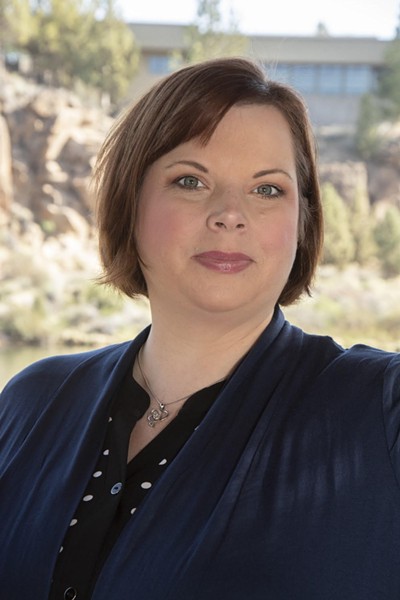 Amanda La Bell, who just last month threw her hat in the ring for Oregon House District 54 on the Working Families Party ticket, reportedly made a false statement in the Oregon Voters' Pamphlet—potentially a class C felony.

Oregonlive reported that La Bell's LinkedIn profile and her profile on Clifton Cannabis Law, where she works as the business development and marketing director, both listed a bachelor's in her educational background. Clifton Cannabis Law's website no longer displayed that information Tuesday, and a search for La Bell's name on LinkedIn elicited no results—though as of Tuesday, La Bell's profile on the database marketing website Zoominfo still listed La Bell as having a bachelor's degree in music. That site crawls data from other sites to populate its database. A press release sent to the Source from Clifton Cannabis Law in May lists La Bell as earning a "BA in Music, Vocal Performance and a minor in Theatre Production" in 1999.

"It saddens me to hear the recent developments, but I am sure Amanda will learn from her mistakes and this will actually be a growth opportunity for her," stated Jennifer Clifton, owner of Clifton Cannabis Law, on Tuesday. "We've all had them some time in our lives; the key is how we move forward."

Willamette Week also reported La Bell faced past legal issues, including felony theft charges in Florida, and in 2011 in Tennessee, records showed she and her husband were sued by a health club over an unpaid $8,000 debt.

La Bell released a statement Tuesday, stating, "In 2006, while living in Tennessee, I was arrested for defending my three-year-old from domestic abuse. My ex-husband and the father of my first child was physically, emotionally, and financially abusive to my daughter and I. During one altercation, I defended myself and my daughter from a physical attack by him. The police were called, and due to state law about domestic violence situations, I was required to spend twelve hours in jail.

"In 2009, while living in Florida, an ex-boyfriend stole a check from me and used it to buy a vehicle," La Bell continued. "Because it was my name on the check, I spent several months awaiting a court hearing which resulted in the immediate dismissal of the case after the car dealership who brought the complaint told them I was not involved."

The Oregon Secretary of State's elections guide says that making a false statement in a voter's guide "is a violation of Oregon Election Law and the candidate may be convicted of a Class C Felony."

"Like many, I always hoped to earn a college degree," La Bell said. "While in high school, I took AP and dual credit classes to begin earning credit towards a Bachelor's of Arts degree. I then received a music scholarship that helped me be able to attend Gulf Coast Community College for one year. I attended one more year at Gulf Coast and then transferred to Valdosta State University. I later enrolled in the University of Phoenix for a short time. Throughout my studies, I struggled to balance work, school, financial pressures, and caring for my family. Ultimately I couldn't strike that balance, and for years, I felt a deep sense of guilt and shame at not being able to achieve the milestone of a college degree.

"It is this sense of shame that led me, many years ago, to write on my LinkedIn profile that I had received a Bachelors of Arts from Valdosta State University," La Bell continued. "This was then picked up and repeated on my online work profile. This was again repeated in my Voter's Pamphlet Statement. Neither my campaign nor I knowingly made false claims in the Voter's Pamphlet Statement. I realize that claiming to have earned a Bachelor's degree is unacceptable and wrong, and I express my profound apologies to all affected by this."

"It's important to me that Oregonians know who they're voting for and that candidates are honest about their history," Brown said.

Sydney Scout of the Working Families Party said in an interview with the Source earlier this month that the party did the same vetting process with La Bell that they do with all candidates. Scout said they did a very thorough online search to make sure nothing was hiding.

"We asked are there any skeletons in your closet and there were none. And we feel very confident in Amanda," Scout said.