Most people know the difficulties that come with having a crush on someone. These problems have evolved over time; today we have social media and phones with dating apps like Tinder. The waves of communication are now permanently flowing. 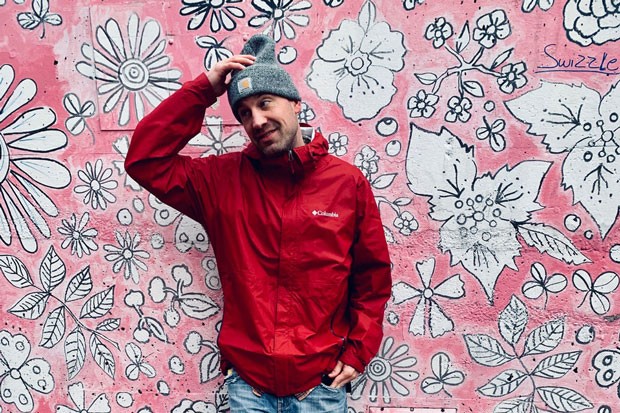 These are the issues that Bend-based rapper Amsterdam tackles on the new album, "Crush." It details modern day "likes," lust and heartbreak over its nine tracks. While it's been five years since his last album, Amsterdam is no stranger to the Bend hip-hop scene. A University of Oregon grad, the man has been a strong figurehead for Central Oregon rap for many years. He continues to show love to the artists in the community, and even has a feature from Bend-based singer Kourtni on "Crush." When he's not doing the solo thing, you can find Amsterdam doing shows with his collective, Both Teams Played Hard.

The title track might be the best song on the album. Amsterdam, also known as Gabe Van Eikeren, flies quickly along with the beat as he speaks of those early-on flutters you get in the beginning of a new relationship. It's an upbeat and warm R&B-tailored track, which is synonymous with the whole idea of a crush: It's all good until it isn't.

"Crush" as a whole definitely has character. The 40-second interlude, "Crash," will take you back to the days of giant love ballads. Then there's "Danny Ainge," a fun shout-out to the current general manager and president of basketball operations for the Boston Celtics. Ainge was born in Eugene and is one of the more noteworthy executives in the NBA. The track is littered with clever basketball references and puns, showcasing the wit Amsterdam possesses as rapper. He's out here trying to make this girl his #1 pick.

As far as the music goes, listeners are going to get a little bit of everything with "Crush." It definitely isn't typical of the mainstream sound you might find in the 2019 rap landscape. "Hooks," for example, is filled with grand waves of electronic keys. "Never Rains" is the album's closest thing to a true trap-style beat, in which, if you really focus, you can definitely imagine Offset of Migos coming in for a verse—but Brooklyn's Skyzoo is just as good of a touch.

"Crush" is Amsterdam displaying some of his insecurities and own issues within relationships. These personal additions are what make "Crush" a more relatable listen—a bold step back onto the solo scene.