An Appreciation of Clouds | Outside Features | Bend | The Source Weekly - Bend, Oregon

An Appreciation of Clouds

Watching clouds provides information about the weather, but also inspiration for life

You don't have to be a member of the Cloud Appreciation Society to enjoy watching clouds sail overhead or to love observing odd atmospheric occurrences. But if you are, you're probably standing with others "on cloud nine."

In short, clouds are made up of water droplets or ice crystals—the result of water vapor condensing in the atmosphere around particles of dust or ice. Mars also has clouds similar to those on Earth, while Jupiter has clouds made up of ammonia. 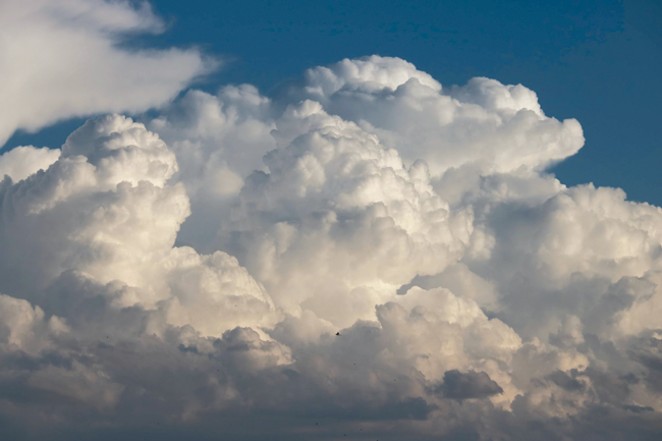 Here on Earth, clouds are categorized by their shape and location in the atmosphere, mostly in the lower portion called the troposphere. The classification of clouds first came about after a London pharmacist and self-proclaimed daydreamer, Luke Howard (1772-1864), spent years observing cloud types and weather patterns. Howard presented a nomenclatural system for naming clouds in 1802, and many of his classifications still exist today.

"I can't say too much has changed since that classification system was introduced besides just adding more specificity within each category," said Andrea Allan, instructor of geography and atmospheric science at Oregon State University and CAS member #13,990. "For example, instead of calling every high wispy cloud 'cirrus' we now have 'cirrus floccus' and 'cirrus uncinus.' These classifications are like the binomial scientific names given to plants and animals."

Along with atmospheric scientists, artists, poets, photographers and others have enjoyed watching clouds. 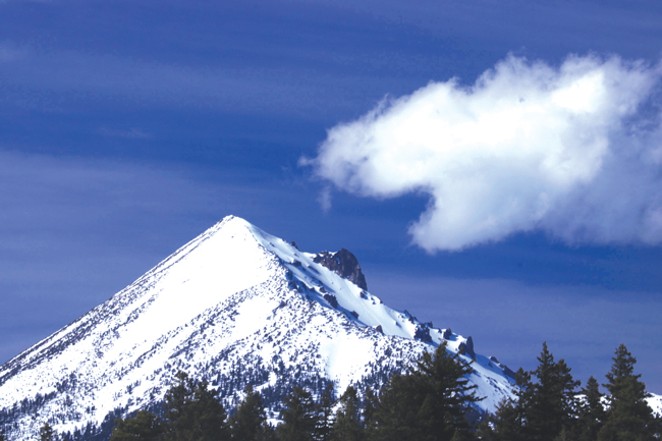 "I would have to say I have been obsessed with the sky all of my life," said Julie Naslund, CAS member #38,898. "From long summer days in childhood, lying in the grass following the changing shapes and volumes of clouds, to deep nights laying under the sash of the Milky Way while my mother named constellations, I have always been looking up."

For some, looking up is a spiritual practice. "I've been a Zen Buddhist practitioner for decades, and 'looking up' is a common bit of advice," said Sallie Tisdale, CAS member #42,126. "We tend to focus on ourselves, our peculiar problems and needs. When you look up and realize that the cumulus cloud floating by is miles above you and miles wide? That helps."

Nancy Bogue, another CAS member, watches the sky for unusual clouds and photographs these ephemeral cloudscapes.

"Asperitas is my absolute favorite. I think they are the eeriest clouds as well as the most stunning," she said. Though more common west of the Cascades, Bogue added, "The Cloud Appreciation Society was behind them finally getting named as an official cloud in the International Cloud Atlas. The first new cloud to be named since 1951!" This atlas is the standard for cloud classifications.

CAS cloud spotters worldwide keep their eyes turned to the skies to record unusual clouds or interesting shapes, which are shared with members through daily postings from the Society. "The 'cloud a day' emails feature a photo taken by one of the CAS members with an explanation by Gavin Pretor-Pinney (member #1 and founder of the society)," said Sandra Wu, CAS member. "Knowing more about clouds has only added to my enjoyment of them and caused me to appreciate their beauty even more."

Of course, clouds indicate what is happening in the atmosphere. "Clouds are certainly influenced by weather patterns," said Allan. "One of the most telling signs is the appearance of high cirrus or altocumulus clouds after a stretch of clear weather and this is indicative of an approaching front."

"The sky is a mirror, an ocean of air," said Naslund. "Every feature of a cloud—shape, texture, density, movement—tells us something about what is happening. Or what may happen.  Or what has happened.  There is just a wealth of information to be found in a quick scan or a deep dive into the sky."

For those wanting a deeper dive into cloud appreciation, check out the Society's "A Cloud a Day" from the library or peruse the wealth of information on its website. You'll be amazed at the variety of cloud forms and may even be inspired to "look up" more often.

"As a Homecare and Hospice nurse for 20 years, I so enjoyed driving from patient to patient, which allowed me to look at the sky and feel that the day was still my own just by feeling the sun on my face and the breeze in my hair."

And to remind us all of the importance of clouds, Celeste Colasurdo, CAS Oregon member, said, "My recommendation? When you look up and see a cloud, say a word of thanks. As essential parts of the water cycle, clouds are life."