An Assault on Lower-Income, Legal Immigrants Affects the Entire Community

The president has long taken a hardline stance against asylum seekers and undocumented people entering and living in this country. But with the advent of the Department of Homeland Security's changes to its public charge rule, the president is casting his net wider—taking aim at the people seeking to obtain legal permanent residency in this country. If you thought this recent action will not affect you or will have little effect on the local economy, think again. 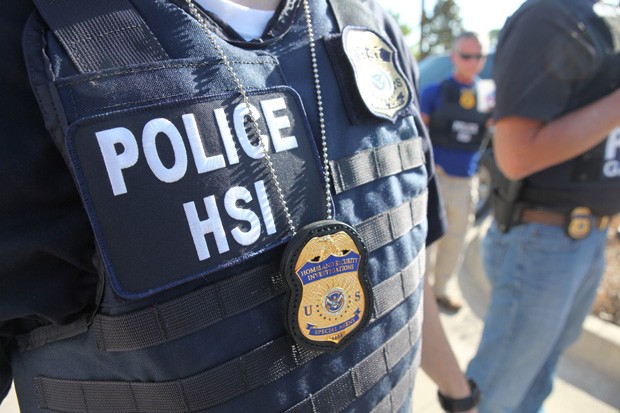 As people who would otherwise be taking responsibility for their own health and the health of their children begin to shy away from public programs, expect local health care providers, grocery stores, landlords and other businesses to suffer. The new public charge rule can and will have an effect on Central Oregonians.

On Aug. 12, the Trump administration announced its expanded public charge rule, scheduled to take effect Oct. 15. With it, those seeking legal permanent residency in the U.S. will receive a "negative weighted factor" on their residency applications if they are found to have participated in programs such as the Supplemental Nutrition Assistance Program, housing assistance, Medicaid-funded long-term care and other types of Medicaid. They'll also get strikes against them if they haven't graduated high school, for having a larger family size, for being of advanced age, or for being lower income. Get enough "strikes" like the ones named here, and an applicant could be denied legal residency. This goes far beyond the criteria established in our nation over the past century.

This targets low-income people, those less educated, and people who have more kids. Once legal status is achieved, immigrants have historically gone on to start their own businesses, become educated within our nation's system, and raise their children inside our education system.

One of the most troubling facets of this change lies in health care. By way of the Oregon Health Plan, Oregon expanded its Medicaid program, which, as of July 2108, covered 963,773 people in the state. (That number includes children. Kids' program are not affected by the expanded public charge rule.) Expanding Medicaid in Oregon resulted in a 53% reduction in the uninsured rate from 2013 to 2017, according to data from healthinsurance.org. This has helped hospitals contain costs and improve overall health outcomes in the state.

Under the new public charge rule, some of the people currently enrolled in programs such as these are likely to decide to drop from the program, in fear that they—or one of their family members who may one day apply for residency, and who they may support—may be denied residency because of their enrollment. It might save the federal government some money in the short-term, but when those people are forced into local emergency rooms to deal with medical issues that they haven't addressed, it's going to cost health care providers more in uncompensated care costs.

"Health care is not a cash assistance benefit," wrote the Oregon Health Authority in an Aug. 13 release. "Good health is the foundation for thriving, economically independent people, families and communities. This proposal punishes immigrants for taking responsibility for their health, the health of their loved ones and their neighbors by seeking health care. It fails to acknowledge that in a growing majority of states (like Oregon), which have expanded Medicaid, a high percentage of Medicaid members work, earn income and support themselves without public assistance."

This does not factor in the number of people who will shy away from food stamp programs—there to support families who may be temporarily experiencing shortages—which feed people and support their health. The Oregon Food Bank is expecting an increase in the numbers of people who will access their drop-in food pantries following this rule, while also acknowledging that some will stay away for fear that food pantries, too, may be places where immigrants will be targeted, suggested Jeff Kleen, public policy advocate at the private, not-for-profit Oregon Food Bank.

The Department of Homeland Security admits this will negatively affect not just immigrants, but U.S. citizens, and yet it has moved forward.

In its own analysis of the proposed changes, DHS stated that the rule could result in:

• "Worse health outcomes, including increased prevalence of obesity and malnutrition, especially for pregnant or breastfeeding women, infants, or children, and reduced prescription adherence;

• Increased use of emergency rooms and emergent care as a method of primary health care due to delayed treatment;

• Increased prevalence of communicable diseases, including among members of the U.S. citizen population who are not vaccinated;

This is an all-out attack on immigrants—and their children—in our community, and locals should take note. Short of voting out this president, we recommend donating to the local food bank, NeighborImpact, or to local groups supporting recent immigrants, including the Latino Community Association and CAUSA, Oregon's immigrant rights organization.