Update: "Evolve" Postponed at the Tower

March 11, 2020
comment
Editor's note: In response to coronavirus concerns, the Tower Theatre announced today it would suspend all performances through April 9. On Wednesday night, Gov. Kate Brown announced a ban on all gatherings of over 250 people. Organizers for the "Evolve" shows said Thursday they are planning to bring the show back to the Tower in mid-November. Below was the story we published in our print edition this week.

Shortly after the incident, The New Black Fest commissioned seven black playwrights to create monologues on racial profiling, negative encounters with the police and the black community as a whole. The show, "Hands Up: 7 Playwrights, 7 Testaments," was crafted by a handful of African American community members who had experienced racial profiling. 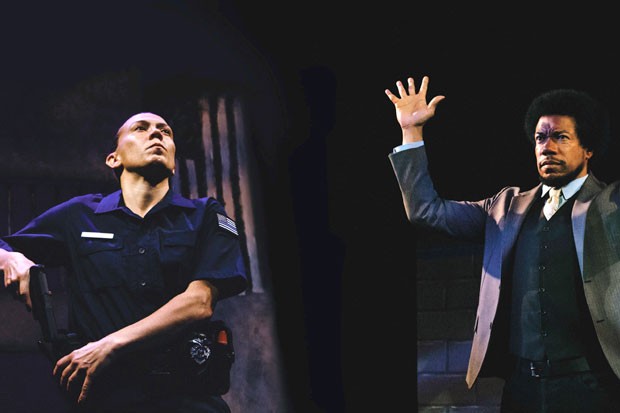 When Bob Day, retired deputy chief of police in Portland, first saw the play over three years ago, he had questions.

"I had some frustrations with the show," he said. "I approached the director afterwards and explained that I felt law enforcement officers weren't being accurately represented. We got to talking, and we developed a relationship. This relationship ultimately led to another portion of the show—stories directly from police officers. 'Hands Up' was combined with 'Cop Out' to make what is now 'Evolve.'"

"Cop Out: Beyond Back, White and Blue" is a series of monologues based on interviews with law enforcement officers. "It isn't presented as false equivalency," he said. "The show is about dissonance; it forces you to look at and sit with opposing views."

“The goal is to start seeing the humanity in one another. When we see each other just as ‘police’ or as ‘people of color,’ we’re preventing ourselves from fostering deeper and richer relationships with others.”—Bob Day tweet this

Marcus Legrand, the Pathways College and Career Success Coach with the Adult Basic Skills team at Central Oregon Community College, explained why he wanted to bring the show to Bend.

"So many people of color, so many professionals have been moving here," he said. "That means there are more black students, more mixed-race students and families. What we really want to do is open the lines of communication between community members and the police. We want to get people working together, opening their hearts and minds to make necessary changes. If a young adult of color gets pulled over, let's say, and they're under the influence, we want to encourage the police to help them get the treatment they need and deserve. Rather than lock them up and throw them into the system, we want to encourage them to facilitate change."

Day noted that being part of these conversations has helped open his eyes. "This journey has completely changed my life. I now have a greater amount of empathy and more willingness to try and understand things that are outside of my personal bubble. The goal is to start seeing the humanity in one another. When we see each other just as 'police' or as 'people of color,' we're preventing ourselves from fostering deeper and richer relationships with others."

He also suggested that he could have done things differently during his 29 years on the force. "I don't think that we've been doing a good job in law enforcement training," said Day. "We tend to focus on feelings rather than behavior. In some cases, the behavior itself is racist or sexist, and we need to do a better job of talking about that. It's easy to write things off by saying, 'Well, nobody is perfect.' But really, all that is, is an excuse to not try. I think it's important for both sides to realize that mistakes will be made. 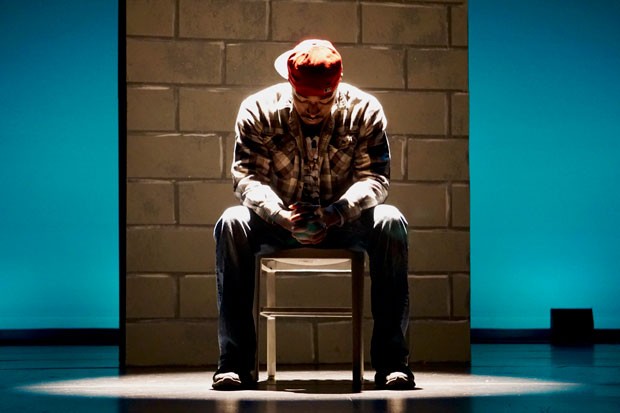 "Because of the nation's history of racism, it's easy to focus on division rather than inclusion. We spend a lot of time toting our good intentions, but we haven't really gotten to the root of the problem. We view everything through a racialized lens; everybody does. Really, there should be a greater focus on power, access and opportunity. Of course, we can't ignore the issue, but we can't spend so much time there that we lose sight of things like managing power and authority; how to allocate power in a way that's equitable to everyone."

Day said that while opening one's self up to new schools of thought can be extremely difficult, few things are as rewarding. "I always say that there has to be a willingness to be comfortable being uncomfortable. 'Evolve' creates a space where people can sit in the same room with competing viewpoints and consider other perspectives. I've learned that we're very quick to dismiss people's experiences and beliefs because we don't agree with them. This project has really opened my eyes; it allows me to see people for who they are—people."

*All Tower Theatre shows are canceled through April 9. Keep up to date on event cancellations at our Event Cancellation page, or bookmark the Source Coronavirus HQ page where we update all the stories we've been working on.