An Uptick in Returned Pets?

Not so much, says local shelter representative

You may have heard recent news stories go something like this: The people who adopted all those "pandemic puppies" during the quiet days of work-from-home are now having a change of heart and bringing them back in droves. Not so much, says the local Humane Society.

Pets adopted at shelters both locally and nationally do get returned for various reasons—but at the Humane Society of Central Oregon, the numbers show that returns are actually down from the year before, said Lynne Ouchida, community outreach manager for HSCO. 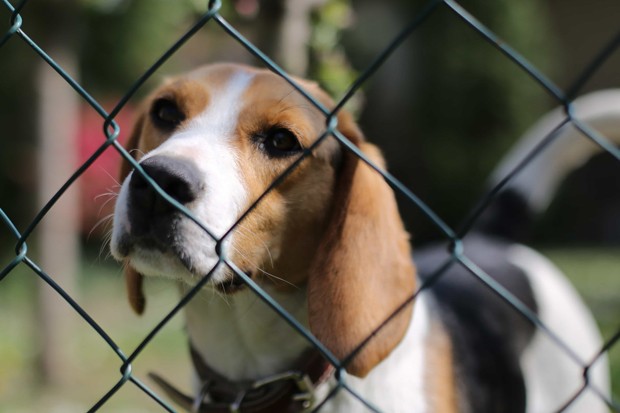 HSCO adopted out 1,984 pets in 2109, with a return rate of 8.4%. In 2020, it adopted out 1,237 pets, with a rate of return of 9.2%. For the months that have passed thus far in 2021, HSCO has adopted out 692 pets, with a return rate of 7.6%. Locally, then, the rate of return is down. Ouchida said the narrative around widespread returns of pandemic pets came from a story shared nationwide from just two shelters, picked up by a single news outlet and then picked up again by other news outlets.

"It boiled down to two shelters that were picked up by one news [outlet]," Ouchida said. Overall, the number of pets being brought to shelters and ultimately adopted was down significantly from 2019 to 2020, according to the national database Shelter Animals Count. In 2019, 3.5 million pets were taken in at shelters. In 2020, that number was 2.7 million.

What the kids in the family are doing definitely has an impact on the number of animals brought to shelters, she said.

"The number of strays increases dramatically during [school] break periods—so children have a definite impact on the stray numbers for a year."

Among the reasons for returning pets, lifestyle changes are the most common: Changing houses, moving to a place that doesn't allow pets and having a baby are some of the top reasons for returns, Ouchida said. To mitigate some of that, HSCO and other shelters have prospective adoptive families fill out a questionnaire that gets people thinking about the practical aspects of having a pet, such as thinking about who will feed, walk and care for the pet. And then there's the concept of matching the right pet with the right people.

"I think because we're so internet-based and looking online for an animal—that's a great way to see what's available," Ouchida said. "But I always tell people that we're not Amazon. We really want people to take the time to come to the shelter. Spend time with the animal."

"We're receiving dogs a year-and-a-half and under that are not socialized," Ouchida said. "So maybe they adopted during the pandemic, but then they didn't take them out of town, to the Old Mill, or out to events. So a lot of these—what we're calling the pandemic puppies—they have behaviors where they're under-socialized." Pandemic puppies might be more fearful of strangers, scared of new noises and places, or even fearful of walking through doors.

"It's pretty easy to recognize them based on their age and then their behavior. Volunteers and our staff here have really invested a lot of time in training and socializing these dogs. Some of them have taken over a month to get to be in a confident adoptable state," she said.

"When they do leave, we've learned a lot about them and we pass on that information," Ouchida said. "So far, fingers crossed all of the adoptions that we thought, 'Oh gosh, they had a really rough start,' they were socialized. Our team did a great job and they're not coming back."

Related Pets in a Pandemic: With so much stress out there, pets' roles as emotional caretakers have become all the more apparent. Locals share how their pets are helping out

Pets in a Pandemic
With so much stress out there, pets' roles as emotional caretakers have become all the more apparent. Locals share how their pets are helping out
By Nicole Vulcan
Central Oregon Pets

Staffing shortages are affecting the operating hours and emergency services for vet clinics across Central Oregon—and now, they're also causing the Humane Society of Central Oregon's Bend Spay and Neuter Clinic to close its doors. The clinic, which offered low-cost sterilization services for countless pets in the region, had its last day of service Sept. 10.


The closure comes after the resignation of the clinic's medical director. Finding qualified vets is one issue—along with finding the vet techs who support them.

"While this is an extremely difficult decision, we have to be realistic of our ability to hire talented veterinary staff in such a competitive market," said HSCO's Executive Director, Sabrina Slusser. "We know that there is a shortage of veterinarians and certified veterinary technicians, both locally and nationally, and it will take time to attract and hire the right people for these positions."

To help manage the costs, HSCO will increase the number of Spay Neuter Assistance Program vouchers for those in need. People can get a SNAP voucher by going to the HSCO shelter on 27th Street in Bend and showing proof of receiving government assistance.