If you have to give a 40-year-old kid a home in your basement, the kid should at least be yours

I'm a single woman in my mid-30s with an older half brother I haven't seen in 20 years. He started calling me several years ago, and we speak sporadically (always instigated by him). He's married and refers to me as the aunt to his four children (whom I've never met). Recently, he asked whether they could all stay with me for a while. On the next call, he asked to borrow money. I have yet to give him answers. I can't help but suspect he just intended to use me all along. Is there a way to figure out whether that was the case? If so, I really don't want anything to do with him. 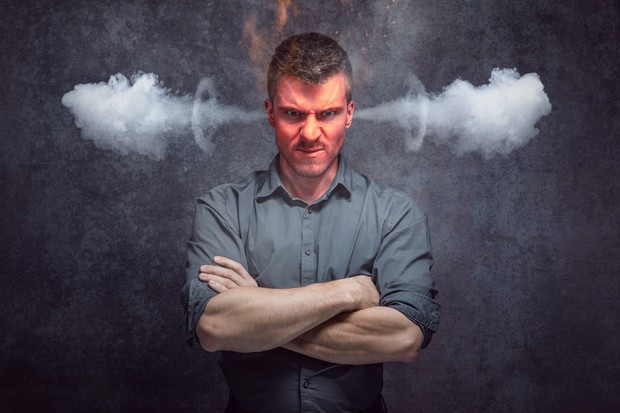 If you have to give a 40-year-old kid a home in your basement, the kid should at least be yours.

Unfortunately, a lack of money is sometimes the root of newfound family. When your half brother first called, it probably seemed like a nice thing. But now that he's hitting you up for money and housing, it's natural you're wondering whether he was just priming you for financial seduction.

It's in our genetic self-interest to sock away our money and other resources for any children we might have, who'll carry approximately 50% of our genes (plus 50% of their other parent's). However, evolutionary psychology research consistently finds we're prone to set aside our own interests when people in need are related to us, well beyond whatever generosity we'd show to friends or even needy strangers.

This makes genetic sense. Half siblings like you and your brother have about 25% of the same genes, on average. That's not the 50% you'd share with a full sibling (on average), but it's not nothing. Half bro's children might share a smattering of your genes (maybe 12.5% or thereabouts). So, by helping half bro, you potentially help at least some of your genes show up in coming generations. That said, our level of relatedness factors into how willing we are to incur costs, though these calculations are done subconsciously. In other words, if this guy were your full brother, you might be more inclined (or a little less disinclined!) to fork over money and bedrooms.

We likewise evolved to be on the lookout for scammers. In a harsh ancestral environment, getting conned out of our share of bison McNuggets might be a life-or-death issue. Evolutionary psychologists Leda Cosmides and John Tooby find that the human mind has a specialized mechanism for detecting "cheaters," meaning people who intentionally try to take a benefit they aren't entitled to.

An example of this would be someone scooping up the benefits of being family when his real motivation was just milking you. Granted, you and half bro are family; however, had he not asked for money along with a place to stay, you might not feel so set up. Behavioral economist Dan Ariely's research finds that outside of business situations, the mere mention of money sours relationships, "introducing market norms" into interactions with friends, family, nice neighbors, and romantic partners.

"Market norms" are "give to get" business norms. The supermarket gives us a loaf of bread, and we give them $3 to get out the door without getting arrested for shoplifting. "Social norms" are the love- and liking-driven standards that guide our giving to friends, family, neighbors, and romantic partners. We don't expect instant payback (or, sometimes, any payback), and we don't keep an accounting ledger: "I helped you move your couch. You need to come over and spend a half-hour mopping my floor."

Elements of social norms do emerge in market situations (like if the butcher is fond of you), and when friends or romantic partners are "all take," we eventually give them the boot. However, muddying the two norms — like if a guy has sex with his girlfriend and leaves a wad of cash on the nightstand afterward — can be disastrous. As Ariely puts it, once market norms spill into social norm-driven situations, "recovering a social relationship is difficult."

Because of the pandemic, many are struggling and suddenly desperate, so it's possible your half brother's intentions were warm and familial rather than cold and calculating. It'll probably take time (with continuing contact) to suss out where he's coming from. Saying no to him (at least initially) might also do the job — leading him to blow up and disappear if he's just there to milk and bilk. Of course, if he's a scheming sociopath, he might take the long view, deciding Auntie ATM just needs more "grooming" before he can pull off the middle-class version of the vagrant who tells you you're beautiful so he can ask you for a dollar.