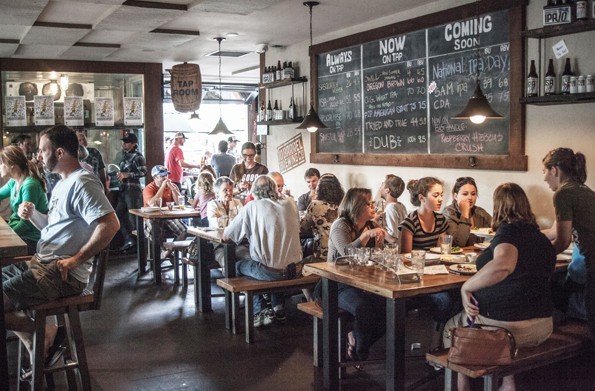 10 Barrel, which expects to sell 40,000 barrels of beer this year, found itself in the national spotlight when it tied with just three other breweries as the recipient of the most medals at this years Great American Beer Festival—essentially the Olympics of beer.

“For the past eight years, we’ve been brewing beer, drinking beer and having fun doing it.” 10 Barrel co-founder Jeremy Cox said in a release. "We are excited to stay focused on brewing cool beers, get our beers in more hands, and make the most of the operational and distribution expertise of Anheuser-Busch."

According to the release, which did not disclose the details of the sale, Cox will continue to lead the brewery along with his partners, co-founder and brother Chris Cox, and Garrett Wales.

“10 Barrel, its brewers, and their high-quality beers are an exciting addition to our high-end portfolio,” said Andy Goeler, CEO, Craft, Anheuser-Busch in the release. “The brewery is a major contender in the Northwest, an area with a large number of craft breweries. We see tremendous value in the brewery’s unique offerings and differentiated style, which 10 Barrel fans know and love.”

The purchase includes the 10 Barrel's existing and planned brewpubs in Bend, Boise and Portland. The deal is expected to close by the end of the year. 10 Barrel was voted Best Patio Dining, Best Brewery and Best Pub Menu in the Source's Best Of Central Oregon 2014.