Another Bump in the Road | Local News | Bend | The Source Weekly - Bend, Oregon

Another Bump in the Road

Decreased traffic may be convenient now, but will lead to road construction delays

“I haven’t seen the traffic this good since 1985,” says Don Clark (no relation), long-time Bend resident and retiree.

While the decrease in traffic as a result of COVID-19 is a welcome change for many locals, looming economic consequences could affect the condition of Bend streets long-term. The Oregon Department of Transportation reported that Oregon traffic had declined by as much as 50% in early April. The average gas price is 20% lower than it has been in 11 years, and gas tax revenues are expected to drop by $125 million from March 2020 to March 2021.


The gas taxes collected by the state largely fund road maintenance and construction, meaning that some projects still in the planning stages may be put on hold for an undetermined amount of time. In a recent interview, Travis Brouwer, assistant director for Revenue, Finance and Compliance for ODOT, stated, “We don’t anticipate making any cuts or reductions to projects that are already in process.”

"We’ll still be performing street preservation projects in the future, but the size of the projects will be smaller than in recent years to maintain current conditions.” - David D. Abbas tweet this

“The State gas tax revenues support the City of Bend Streets & Operations Division with the operations and maintenance of our transportation system,” explained David D. Abbas, City of Bend Transportation & Mobility Director. “We’re anticipating less revenues from the state gas tax, and other revenue sources city-wide, due to the impacts of COVID-19. Because of this, the City has prepared a proactive budget and cost reduction proposals from all city departments to adjust to the projected impacts, while providing core duty services to the community. These proposals are being considered by the City Council this week.”


The Bend City Council will discuss some of the proposals during its work session  June 3. 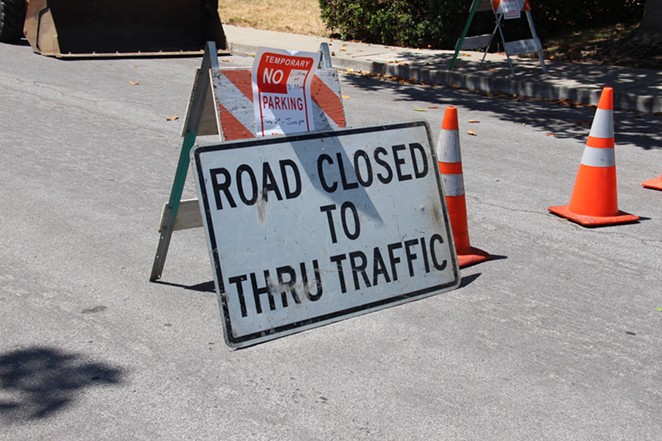 “We are moving forward with our planned Street Preservation Projects for this 2020 construction season,” Abbas added. “The reduction in the State Fuel Tax revenues will affect the amount of Street Preservation projects that we’ll be able to perform in the future, but our goal is to maintain the current conditions and the improvements we’ve been able to make in the transportation system in recent years. We’ll still be performing street preservation projects in the future, but the size of the projects will be smaller than in recent years to maintain current conditions.”


Gas taxes currently make up around 40% of the state’s $3.4 billion highway fund, and currently ring in at 36 cents per gallon, according to the ODOT website. Over the course of the past decade, the state gas tax has increased from 24 cents and is proposed to hit 40 cents by 2024. Statewide stay-at-home orders and travel restrictions lead to a significant decrease in driving—a decrease more impactful than any seen in years. As is the case with nearly everything in this anomalous day and age, the future of Bend roads still remains uncertain. If we are hit by a second wave and traffic remains inconsistent, projects will undeniably be affected even further.


"The State Fuel Taxes, which make up 40% of the Streets and Operations Division budget, are dispersed throughout various cities based on size of the city. So in theory, the impacts to a reduction in revenue are spread across the state with each city seeing a similar percentage in reduction. Locally, less funding means we won't necessarily see improvements in the pavement conditions in the near future, but we're definitely trying not to go backwards with declining conditions. As of now, the goal is to maintain. The data on the impacts of COVID are continually evolving and we will continue to monitor them as we go forward."