Los Angeles native Pearl Charles has a voice and sound similar to that of Rilo Kiley or Fleetwood Mac (she says the latter is now one of her greatest influences). There's something both nostalgic and forward-thinking about her songs in the way that they represent the greatest things about psych-rock and country music. 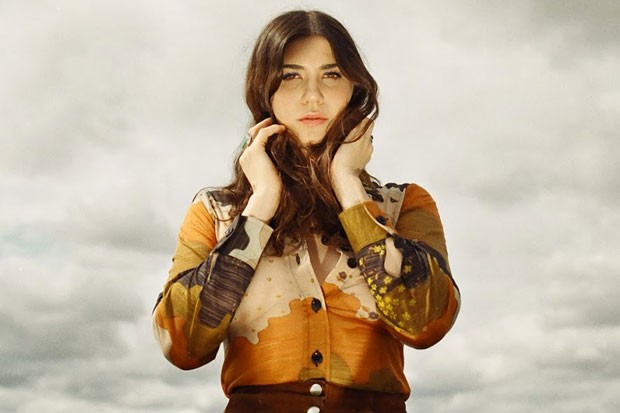 As we hopped on the phone before Charles enjoyed brunch with her bandmates, she told me about her early experiences with music, going solo, last year's "Sleepless Dreamer" (her first full-length solo project) and how the day of our interview she actually wrapped up most of the second album and is ready for it to be mixed.

Source Weekly: I want to talk about your relationship with music, before it kind of became a career option. What did it mean to you as an outlet growing up?

Pearl Charles: I've played music almost as long as I have listened to it. I started playing piano when I was 5. But I've always loved it and it's always been a part of my life. I used to do musical theater as a little kid. I went to music school and I've been studying music my whole life. It's the best outlet. Then when I got older and started writing it became even more a quintessential way to express myself.

SW: Do you have any memories from doing a play as a kid that you really enjoyed?

PC: I mean, I just loved doing musical theater. I went to musical theater camp—I wanted to be on Broadway. But then I got in trouble in school for smoking pot and I got kind of closed out of the musical theater scene, which ultimately was probably for the best for me. I mean, just because I like writing songs and stuff. But at the time it was crushing. Everything happens for a reason [laughs].

SW: You were in the Driftwood Singers and then joined The Blank Tapes for a little while. Was it a big step for you to go into solo work? Were you nervous about that?

PC: I was nervous about that... and when I made my first record, Matt from The Blank Tapes helped produce a lot of it, so it was a nice transition where I had some support before I went completely out on my own. But I think it was really important for me—I was dating both of those guys that I was in the band with. So, it was kind of crucial I do my own thing and not be attached to a man, you know?

SW: How did it feel to put out the album last year?

PC: I released an EP in 2015, but this was the first full-length. It was like the culmination of so many years of songs. The EP was like one little spurt. But then, every song that didn't make it on the EP and everything I had written—it was like the culmination of 25, 26 years of my life. Then cleaning that slate and going back to the second one—like what now? Who am I now? So it [the second album] like represented a whole different time in my life.

SW: So you can look back at the albums as chapters of your life?

PC: Yeah! I've always said—I don't have any tattoos. But I always say that I think albums are like tattoos. It's going to always represent that moment in time.

SW: You mentioned earlier that you really enjoy writing; is there something specific about it that you're drawn to?

PC: I feel like the best songs—and I know I'm not the only artist who says this—but they come from the universe and you feel more like a channel or a conduit—for a message that comes from beyond. That feels really good, channeling something greater than yourself. But at the same time, it's like 50/50. It's a way to find yourself. I feel like the pursuit of one's self is kind of the point of living in life. On the new album there's a song called "I Don't Feel Like Myself" and another called "Imposter." It's really about figuring out who I am.