Another COVID Outbreak at Warm Springs

June 03, 2020
comment
The Oregon Health Authority reported 11 positive cases of COVID-19 in Jefferson County on Monday. The spike is connected to another small outbreak within the Confederated Tribes of Warm Springs, for a total of 35 positive cases among local tribal members.

As of June 3, 27 tests from the Warm Springs Health and Wellness Center were still pending. Seventeen tribal members recovered from the illness so far, said Louie Pitt, the CTWS’ director of government affairs, in a statement on Tuesday. 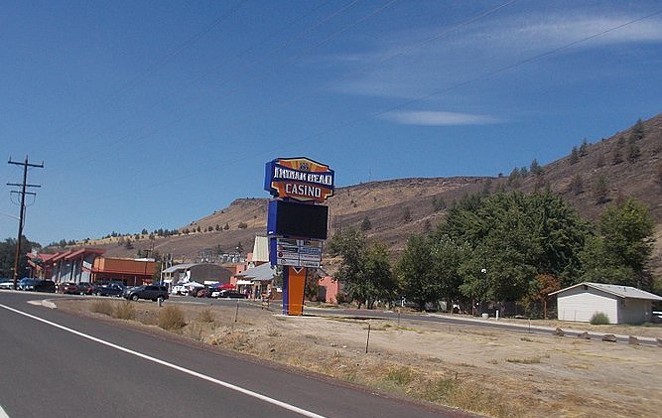 The tribes also had an outbreak in mid May of more than a dozen cases. The tribes have sent 548 tests to the state so far, with 483 negatives.

“We continue to do random surveillance testing of our high-risk community members,” said Hyllis Dauphinais, the CEO of Warm Springs Health and Wellness Center. “We will begin a broader surveillance of the CTWS employees, as staff begin to return to work in the coming weeks.”

About one-quarter of the tribal government will head back to work June 8, Pitt said. Employees will be trained on the “new normal” of social distancing, constant sanitization and wearing masks in the offices.

Pitt told the Source he received an update from Dauphinais of the Wellness Center this morning. The contact tracers reported that the outbreak did not come from one single event, as originally reported on Monday.

“Instead, there were a number of illegal things happening, nobody is telling us exactly what,” Pitt said. “We’re working on how to message this to reach young folks about the seriousness.”

Pitt said those with a positive diagnosis were self-quarantining. The tribal council is currently in discussion about future locations for comfortable but supervised quarantines on Warm Springs land, perhaps at the vacant Kah-Nee-Ta resort.

“One reason other countries were able to suppress the virus so successfully is there were true isolation facilities,” Pitt said, referring to South Korea as an example. He said it was troubling that counties all around the tribal lands are opening up, but that he wouldn’t be surprised if Jefferson County was required to stay in Phase One due to the recent outbreak.

The CTWS received some federal funding through the CARES Act, which it can use on COVID-related expenditures only. The tribes hired sentries to stand at various entrances to the reservation to track people coming and going that are not tribal members, Pitt said. The reservation is still under Stay Home orders.

Pitt said like other places, locals are also looking forward to graduation ceremonies for local high schoolers. “The Warm Springs Tribal Council is also really happy about the kids that are graduating,” Pitt concluded. “If they are smart enough to make it through higher education, we presume they live by the rules.”